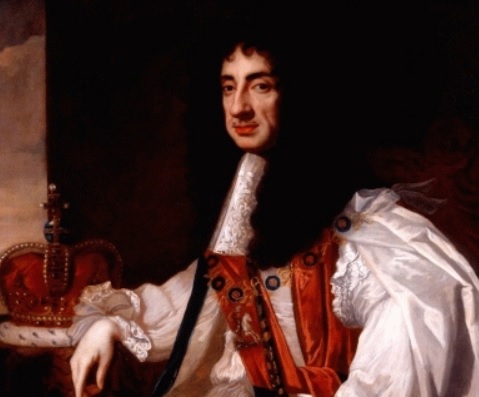 Many names are considered unlucky by some and in royal circles, unlucky names are something ruling dynasties wish to avoid at all costs. From superstitions to strange goings-on during their reigns, Royal Central is looking at the history behind such monikers.

For such a popular name, it is surprising that there have only been two kings with the name Charles; however, to say they both had eventful reigns would be an understatement.

King Charles I was born in Scotland on 19 November 1600 to King James VI of Scotland and I of England and Queen Anne (born a Princess of Denmark). He married Princess Henrietta Maria of France and had nine children. King Charles I was the first British monarch to be overthrown although other English kings had been deposed before him, such as Richard II.

An already very unpopular Charles I and his Roundheads were defeated during the English Civil War in 1645 by the Parliamentarians (Puritans), led by Oliver Cromwell. He was imprisoned by Cromwell and beheaded outside the Palace of Whitehall in London on 30 January 1649. On the morning of his execution, he wore two shirts to hinder any shivers that may be mistaken for quivers of fear. The executioner was disguised and did not speak so that he wouldn’t be identified. Once the King’s head was removed, the crowd dipped their handkerchiefs in his blood as a memento. His head was then sewn back on and he was embalmed.

Following Charles I’s execution, the monarchy was abolished and the country was governed by Oliver Cromwell. Cromwell’s son, Richard, served in the role of Lord Protector. King Charles I’s son, the future King Charles II, had been living in exile in France and the Netherlands for several years but was invited to return to restore the Monarchy following the dissolve of the Long Parliament and fears that the country would fall into anarchy.

He was not spared from the unluckiness that befell his father’s reign as he was the monarch during both the Great Plague of 1665 and the Great Fire of London of 1666. King Charles and his brother, the future King James II, were instrumental in the fire-fighting effort. The King went on to reign for twenty-five years before his death from an apoplectic fit in 1685 at the age of 54. He died at Whitehall Palace and is buried at Westminster Abbey.

For the last 69 years, the heir apparent to the throne has been Prince Charles. It is heavily assumed that he will one day become King Charles III; however, there is a possibility that he will opt to use a different regnal name to avoid the same unlucky fate as his royal namesakes. There was thought that he could use his one of his middle names and become King George VII, to pay homage to both his great-grandfather, King George V and grandfather, King George VI. This is unlikely given the confusion a name change would bring about, but it is certainly within the realms of possibility.