Victoria, Albert, Elizabeth and Philip to take their places in historic line up 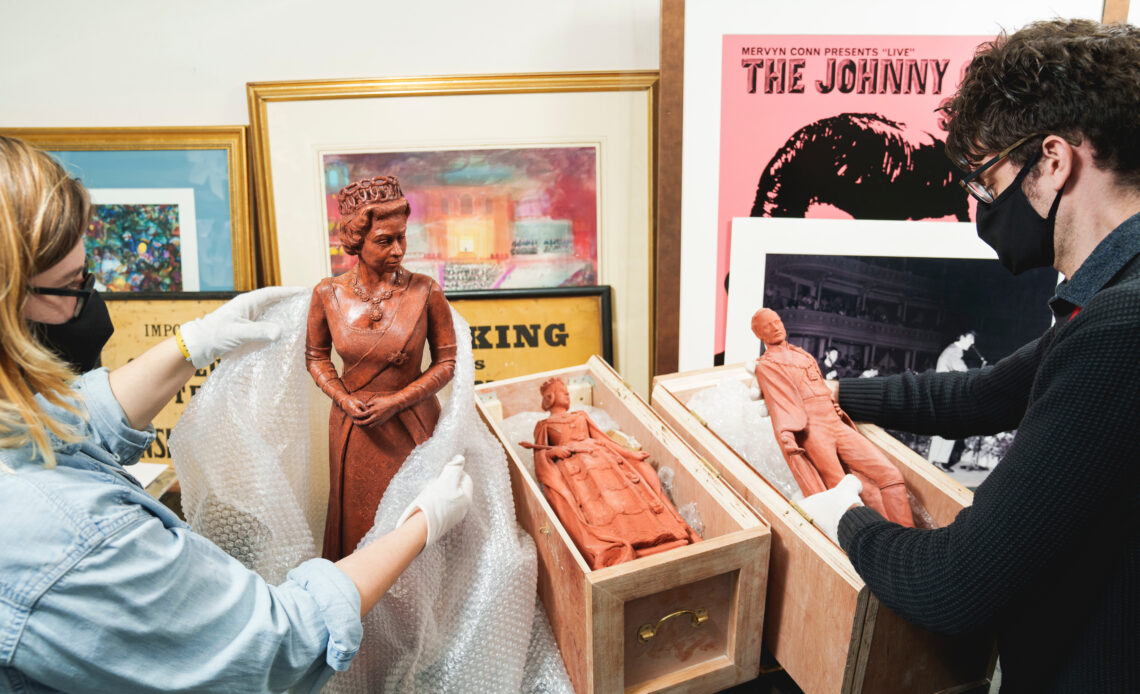 The Royal Albert Hall has commissioned life-size sculptures of The Queen and the Duke of Edinburgh, as well as Queen Victoria and Prince Albert, as part of their 150th anniversary celebrations.

The Royal Albert Hall announced that the new sculptures have been commissioned by artists who were supported by the Queen Elizabeth Scholarship Trust, which supports British craftsman.

“As well as launching artistic and engagement programmes as part of our 150th anniversary celebrations, we wanted to commemorate the milestone with something tangible, and these sculptures will finally complete the façade of our glorious Grade I listed building,” said Ian McCulloch, President of the Royal Albert Hall.

“This anniversary gives us the opportunity to recognise the enduring support of our Royal patrons, and leave a legacy of public art of a high quality and craftsmanship, for which we are honoured to commission the QEST scholars.”

The finished sculptures will be unveiled next summer, however the news was announced this week with the arrival of the maquettes (preliminary models).

The Royal Albert Hall says these royal sculptures will ‘complete’ the Hall by filling in the empty niches of the North Porch and the South Porch.The North Porch niches have been empty since 1871, and when filled, will feature stone figures of Queen Victoria and Prince Albert, sculpted by Tom Brown and Tom Nicholls of London Stone Carving.

The South Porch, added in 2003, will be filled with bronze figures of Queen Elizabeth II and the Duke of Edinburgh, sculpted by Poppy Field.

The Royal Albert Hall announced that Josh Locksmith has also been involved in the project throughout its development.

Prince Albert conceived the idea for the Royal Albert Hall around 1853, but it opened in 1871, a decade after his death from typhoid fever. Queen Victoria opened the Hall that year in her beloved husband’s honour, with the building’s frieze reading: “Erected for the advancement of the arts and sciences and works of industry of all nations in fulfilment of the intention of Albert Prince Consort.”

Queen Elizabeth II is the current patron of the Royal Albert Hall.