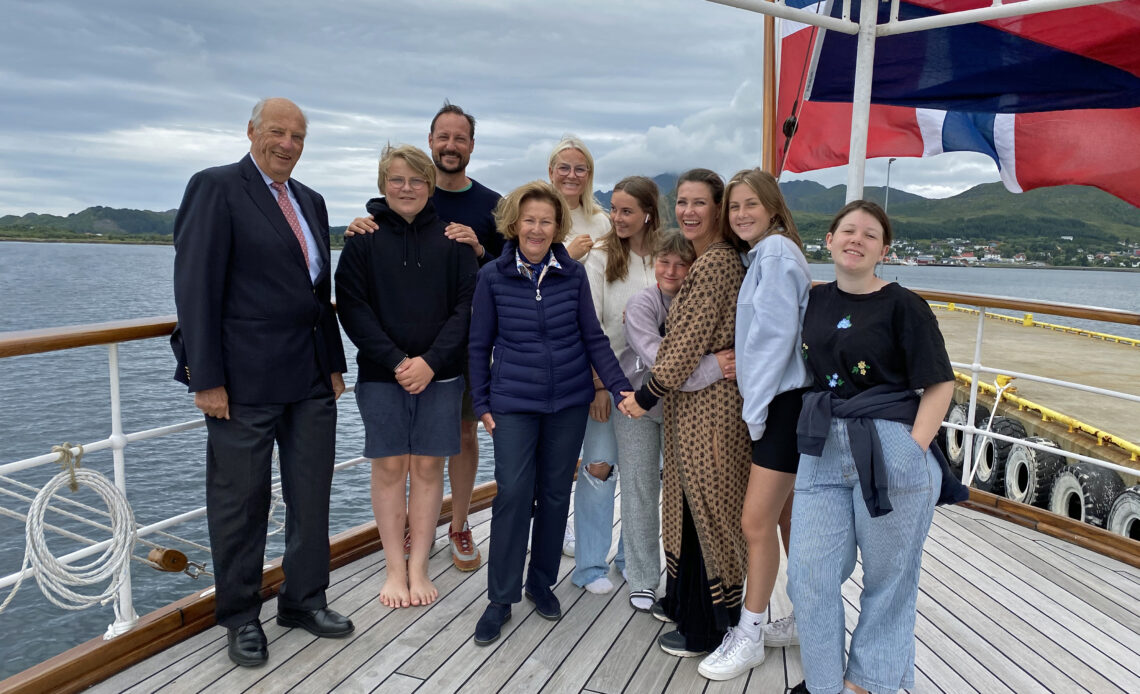 Crown Princess Mette Marit and her sister-in-law Princess Martha Louise of Norway once took out a loan to buy a famous painting of Queen Sonja. The source of this special news is none other than Queen Sonja personally.

This is one of several interesting pieces of information that were published on Wednesday this week when a completely new book about Queen Sonja was published in Norway.

It was originally supposed to be a contribution to a book about the Queen Sonja Print Award Foundation, but the interviews with Queen Sonja soon developed into a whole book that covers far more. Behind the title “Sonja – conversations with the queen”, Queen Sonja talks to author Alf van der Hagen about a wide range of topics from a long life.

Before Sonja became royal, she lived in a wealthy home west of Oslo as the daughter of a businessman Karl August Haraldsen. In the home hung a lot of valuable art by, among others, the Norwegian painters Henrik Sørensen and Hans Fredrik Gude. As a young woman, she was also introduced to the painter Jakob Weidemann, one of the leading Norwegian modernists of his generation. Sonja expresses it herself in the book: “I found Jakob very fascinating!”

Some years ago, one of the prints went up for auction. Crown Princess Mette Marit and Princess Louise then secured the artwork, and then chose to take out a loan together to pay for this. According to the Queen herself, it is the case that the two own the artwork together. It hangs for two years in the Crown Prince Couple’s home at the Skaugum Estate before Princess Martha enjoys of it for the next two years.