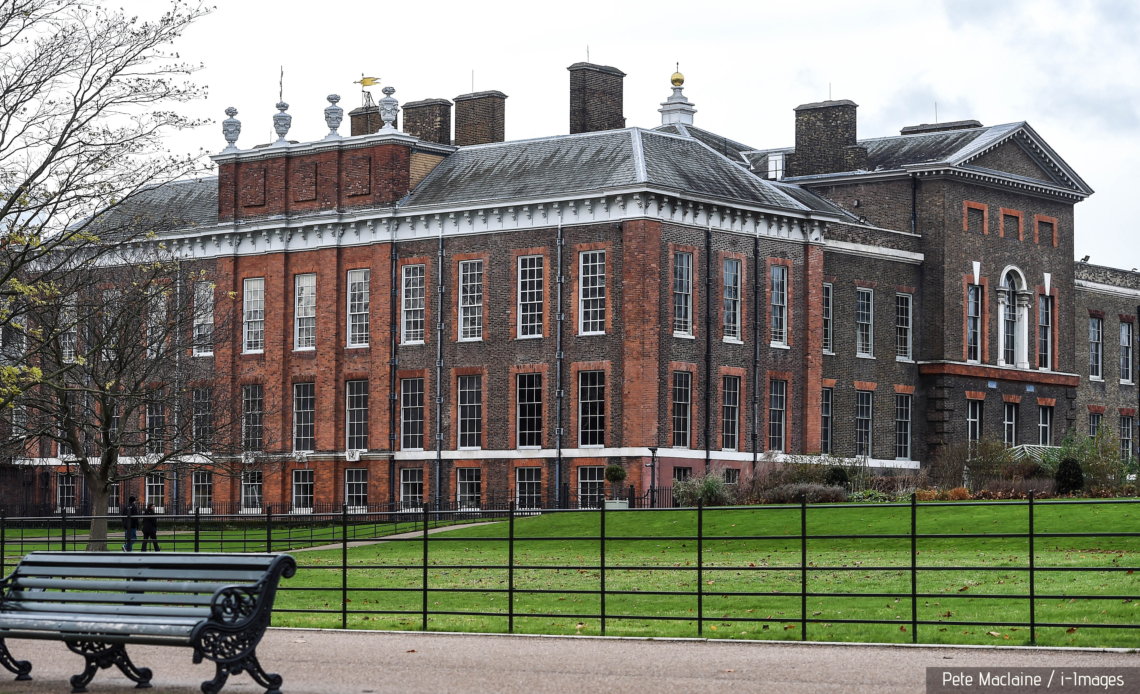 Kensington Palace is still the capital city residence of many British royals to this day. The site is located in the Royal Borough of Kensington and Chelsea in London, England.

Before it was transformed into a grand royal residence, Kensington Palace was originally a two storey Jacobean mansion which had been built in 1605 in what was then the village of Kensington. In 1619, the house was bought by the 1st Earl of Nottingham and became known as Nottingham House (which would later be recognised when naming Nottingham Cottage: a small grace-and-favour home within the grounds that was, until recently, the residence of the Duke and Duchess of Sussex).

Upon the joint ascendency of King William III and Queen Mary II in 1689, they purchased the home as it was further from the floods and smog of Whitehall which were damaging the health of the asthmatic king. The monarchs had Sir Christopher Wren expand the house almost immediately. To keep costs low, Wren kept the original Jacobean structure intact and added a three-storey pavilion to each of the four corners. For the next seventy years, Kensington Palace was the desired home of most English monarchs, despite all official royal duties happening at St James’s Palace.

The residence was expanded several times after the original build was completed, other additions include further extensions to living quarters, an art gallery, an orangery, new state rooms and extensive garden landscaping.

After the death of Mary II in 1694, King William III continued to reign alone and lived at Kensington Palace until his death in 1702. His successor, Queen Anne, moved into the palace and added some substantial changes, such as the Orangery and the gardens. After her death in 1714, both King George I and his son King George II lived in Kensington Palace, with the latter becoming the last reigning monarch to use the palace as their main London home.

King George III opted to only use Kensington as a home for minor royals, such as his sixth son, Prince Augustus Frederick, Duke of Sussex. The prince had a large library that filled ten rooms and allowed his various singing birds to fly freely around his apartments.

A notable resident in the palace was Prince Edward, Duke of Kent and Strathearn and the father of Queen Victoria. The future queen, born Princess Alexandrina Victoria, lived an unhappy childhood within the walls of the palace where she was unable to leave the grounds, read certain books or walk down the stairs without holding the hand of an adult- rules that were dubbed ‘the Kensington System’. Her life there was controlled by the domineering Sir John Conroy, the comptroller to her mother, Victoria, Duchess of Kent.

Other notable residents have included the Duke and Duchess of Teck (the parents of Queen Mary- grandmother of the present queen), Victoria, Marchioness of Milford Haven (grandmother of Prince Philip, Duke of Edinburgh), Princess Margaret, Countess of Snowdon and Diana, Princess of Wales.

Due to the old age of most of the residents, Edward VIII described Kensington Palace as the ‘Aunt Heap’.

Kensington Palace was where Queen Victoria was notified that her uncle King William IV had died and that she was now the queen.

Aside from Queen Victoria, various other royal births occurred at the palace, including those of Queen Anne’s 17 children, all of whom unfortunately died either in childbirth or shortly thereafter.

Many monarchs also died there, such as William III, Mary II, Queen Anne and George II. Other notable deaths include Princess Alice, Duchess of Gloucester who died there at the age of 102 on October 29, 2004. The widow of Prince Henry, Duke of Gloucester remains the longest-lived member of the royal family.

The palace is also where Diana, Princess of Wales recorded her ground-breaking BBC Panorama interview with Martin Bashir in 1995.

Kensington Palace is the current London home of the Duke and Duchess of Cambridge, along with their three young children, Prince George, Princess Charlotte and Prince Louis. The family live in Apartment 1A, the former home of Princess Margaret, which is comprised of four-storeys and 20 rooms.

The palace is also the home to several other royals. The Duke and Duchess of Gloucester lived in Apartment 1 after their marriage in 1972 until 2019 – when they relocated to a smaller home on the estate. Prince and Princess Michael of Kent have lived in Apartment 10 since 1978 and Prince Edward, Duke of Kent has lived in Wren House since 1996. Princess Eugenie and her husband Jack Brooksbank have also lived on the grounds of the palace, at Ivy Cottage from April 2018 to November 2020.