Queen Mother Helen of Romania to be reburied in Romania 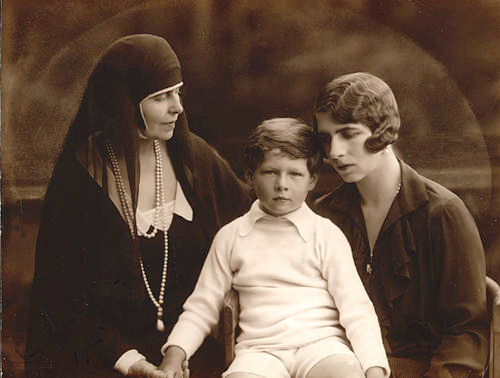 The remains of Queen Mother Helen of Romania, born Helen of Greece and Denmark, will be repatriated to Romania in October. Helen was a first cousin of Prince Philip, Duke of Edinburgh. Helen will be laid to rest with her son King Michael I of Romania – who died in 2017 – at the new Archdiocesan and Royal Cathedral.

Helen married Crown Prince Carol of Romania on 10 March 1921 and their only child, the future King Michael I of Romania, was born on 25 October 1921. Their marriage quickly turned sour and Carol even renounced the throne on 28 December 1925. Her father-in-law died on 20 July 1927, making her five-year-old son the new King. The following year, the marriage between Helen and Carol was officially dissolved. In 1930, Carol triumphantly returned to Romania and proclaimed himself King. He remained King for ten years until he was forced to abdicate and his son Michael returned to the throne. Helen was granted the title of “Queen Mother of Romania” with the style “Her Majesty.” However, the monarchy was overthrown in 1947.

Helen died in exile in Lausanne, Switzerland. She had spent most of her life living in Italy, but when she became older, she moved to Lausanne to be closer to her son’s family. She died on 28 November 1982 at the age of 86 and was buried without pomp in the Bois-de-Vaux Cemetery. In March 1993, the State of Israel gave Helen the title of Righteous Among the Nations in recognition for her actions during the Second World War towards Romanian Jews.