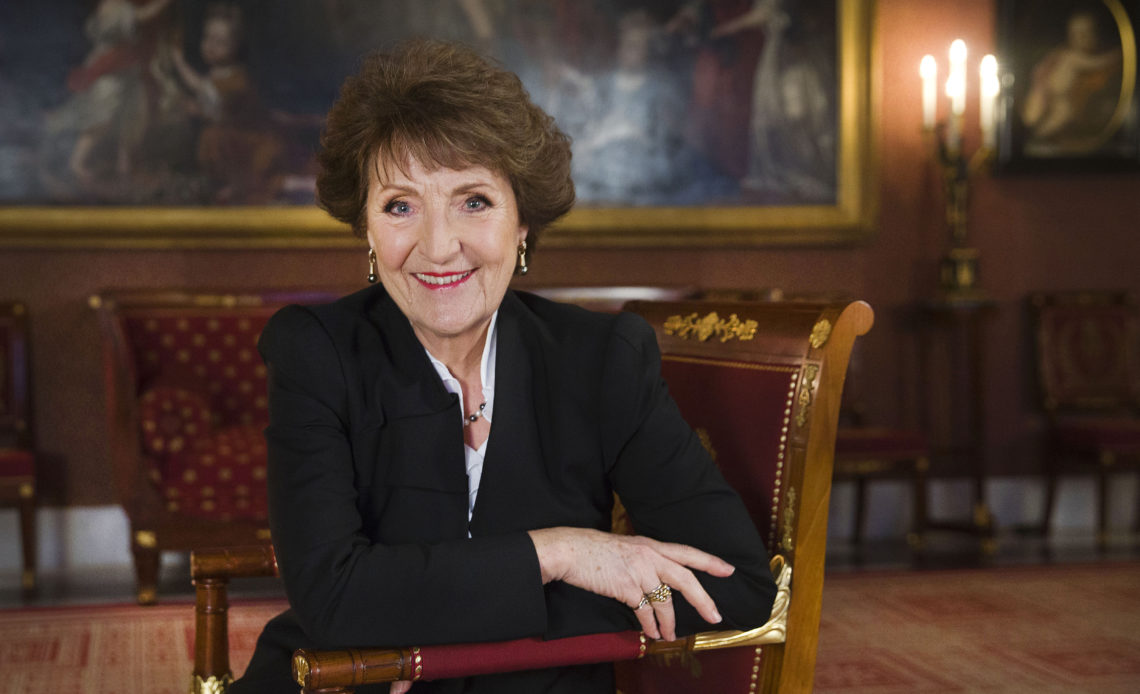 Princess Margriet of the Netherlands presented ‘Liberation75’ tulip bulbs to Canadian Veteran Don White yesterday in Het Loo Palace’s garden. Tulips are the symbol of friendship between Canada and the Netherlands.

The presentation of the ‘Liberation75’ tulip bulbs symbolises 100,000 of the tulips that the Netherlands is donating to Canada this year to mark 75 years since the liberation of the Netherlands by the Allies. In, the Dutch Royal Family sent the tulip bulbs to the Canadian capital, Ottawa, to thank Canada for sheltering the family during the Second World War, where Princess Margriet was born in 1943.

The Dutch Royal Family had been living in Canada since 1940.

In total, 1.1 million tulips are to be planted in school gardens to equal the number of Canadians who participated in World War Two. These schools will also receive educational packets about the shared history between the two countries.

The Princess, who is King Willem-Alexander’s aunt and the former Queen (now Princess) Beatrix’s younger sister, was born in Ottawa, Ontario, Canada, at Ottawa Civic Hospital on 19 January 1943. For her birth, the maternity ward was declared extraterritorial by Canada, allowing Margriet to be born in international territory. Therefore, Margriet took her citizenship from her mother, Princess Juliana – The Netherlands’ future monarch.

This year and next, the Netherlands is celebrating 75 years of freedom with various members of the Dutch Royal Family attending different events and commemorations.