An annus horribilis in Monaco? A difficult year for Albert and Charlene finally winds to an end 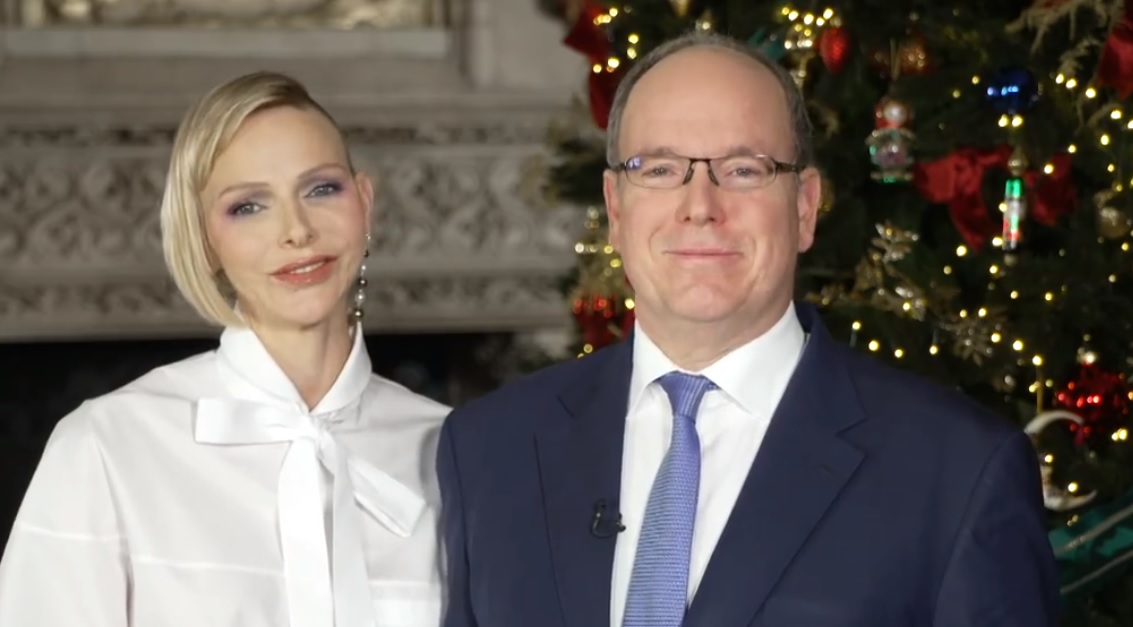 As the year approaches its end, everyone takes a look back to evaluate successes and failures, happy and difficult moments and reflects on the events that have marked the times now gone. Royal families are now different. And for the small Principality of Monaco, 2021 was an undoubtedly difficult year, marked significantly by the prolonged absence of Princess Charlene which became worldwide news.

And yet, the year began on a positive note. Following the Sovereign Prince’s 2020 COVID-19 diagnosis, a vaccine was on the horizon, and it looked like the small principality was weathering the consequences of lockdowns and travel restrictions that deprived it of its main income: tourism.

But then, in May, Princess Charlene left for South Africa for a trip that was supposed to only last around ten days. She ended up remaining in the country where she grew up for six months. And in that time, speculation around her situation turned into global headlines.

The Princess developed a severe ear, nose and throat infection soon after her arrival which meant she was unable to fly. The pandemic meant that travel across Africa was impossible and continued treatment and surgery further prolonged her absence. However, despite the family’s best efforts, rumours about a severe strain in her relationship with Prince Albert began circulating, so much so that the Prince was forced to deny them multiple times in public interviews, and Princess Charlene tried her best to dispel them with social media posts.

In July 2021, Albert and Charlene celebrated ten years of marriage on separate continents. The Princess expressed “extreme sadness” at missing her wedding anniversary in such an important year. The Princess and the Princely Palace’s official accounts published special material to mark the occasion, including a ten-part series on Facebook that contained previously unseen behind the scenes footage of the wedding preparation and the ceremony itself. However, speculation around their relationship heightened as their milestone anniversary came and went without a reunion.

In September, Prince Albert was forced to make the difficult decision of taking his children with him on their first official trip, a two-day visit to Ireland, where they were photographed undertaking their first official engagements abroad, a meeting with Irish President Michael D. Higgins and at Dublin’s famous Trinity College Library to reveal testaments of Prince Albert’s donations to contribute towards the restoration of the facility.

Only a few days later, the twins entered primary school for the first time accompanied only by their father, something that undoubtedly marked Prince Jacques and Princess Gabriella as well as their parents.

Prince Albert tried to mix his official obligations as head of state with his parental duties as best as he could, and he was spotted multiple times with his children at amusement parks, nature reserves and weekend retreats throughout the autumn.

And then finally, on the 8th of November, Princess Charlene made her way back to Monaco. Everything looked like things would go back to normal, still allowing the Princess time to fully recover from the terrible ear, nose and throat infection that had kept her away from her family for so long. Instead, just a few days later, she ended up checking herself in a treatment facility, suffering from extreme fatigue. Her husband confirmed that she had left Monaco to receive care in an undisclosed location.

Just days later, Prince Jacques and Princess Gabriella pulled out handmade banners during their balcony appearance on National Day. Standing next to their father, they showed colourful drawings that read “We love you mommy” and “We miss you mommy,” a clear sign of the longing they have for their mother.

During Princess Charlene’s absence, the rest of Prince Albert’s family got together to support him with Princess Caroline often at her brother’s side, notably at one of Monaco’s most treasured traditions, the Red Cross Ball, as well as on many other occasions, including, most recently, the National Day celebrations and the opening of the Principality’s Christmas market. She was often accompanied by at least some of her children, as was Princess Stéphanie, who also took on more engagements to make up for Princess Charlene’s absence.

Prince Albert’s sisters also showed their doting aunt skills during engagements that also involved Prince Jacques and Princess Gabriella. The twins are currently receiving schooling by tutors in the Palace, a decision that Prince Albert directly linked to their mother’s prolonged absence, saying in an interview that the children needed more “stability.”

All in all, it has been a difficult year for the Grimaldis, who still have a currently unknown amount of time to face in Princess Charlene’s absence, as it is not clear when she will make her way back to Monaco.