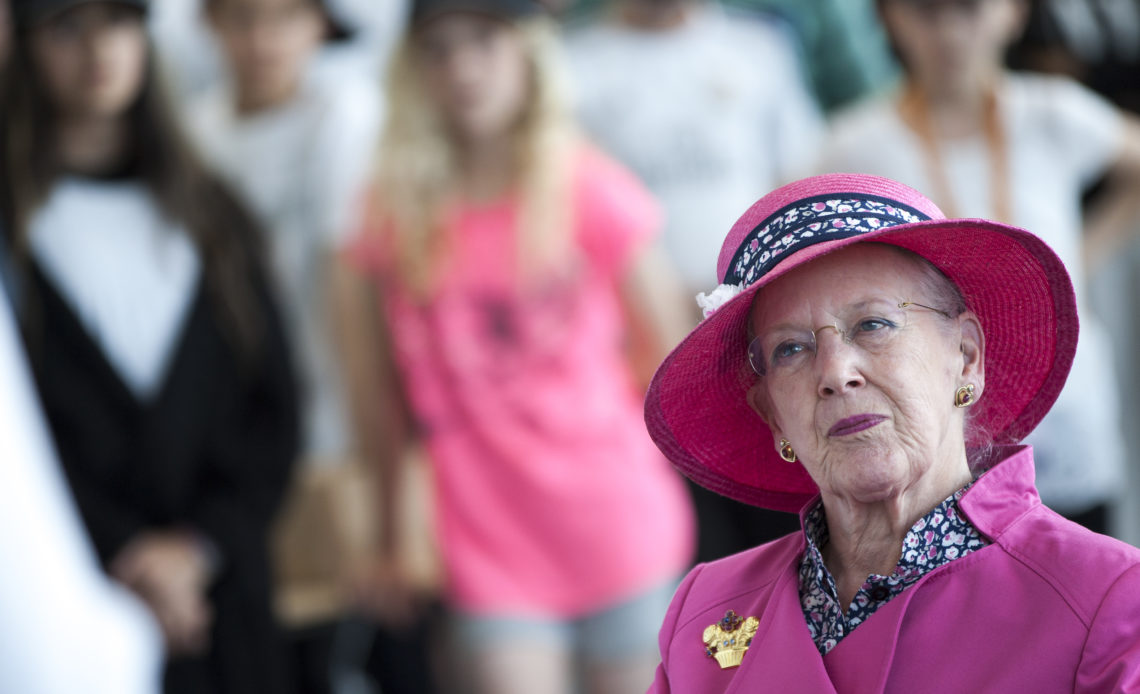 Queen Margrethe II of Denmark has visited the military camp of the Royal Danish Lifeguard in Copenhagen this week for a special tradition. Her Majesty started her visit, on November 18th 2021, by attending an impressive military parade by several regiments from the Royal Lifeguard. The parade was completed with fewer people present than usual due to the situation with coronavirus.

Queen Margrethe was in a good mood, wearing an elegant blue outfit with a small hat. Representatives of the Danish Defence, some generals and members of the royal court participated in the event, which took place outdoors in grey weather. A small pavilion had been made with a roof for the Queen which was used during the parade.

Following the parade, Her Majesty handed over the prestigious “Queen’s Clock” to one guard for his exceptional service to the crown and his excellent companionship. The presentation of the “Queen’s Clock” to a soldier from the Royal Life Guard has been a tradition since 1970, when Frederik IX first handed over a clock at a parade. “The King’s Clock” changed its name to “The Queen’s Clock” at the change of throne in 1972, and Queen Margrethe has since continued the tradition.

It was soldier and royal guard, Emil Damsgaard Sørensen, who received the 2021 clock. The “Queen’s Clock” is an honour bestowed on the guard selected by the guard company as the best of the service period at the end of the service. The guard is appointed by the superiors and comrades, who in the selection emphasize both good military service and camaraderie.

The Royal Life Guards are an infantry regiment of the Danish Army, founded in 1658 by King Frederik III. The primary task is to provide a number of soldiers from the Guard Company to serve as a guard unit to the Danish monarchy. The Royal Life Guards provide a permanent guard at the Amalienborg Palace, Kastellet fortress, Rosenborg Castle and the garrison of Høvelte. On occasions, a guard is kept at Fredensborg Palace, Marselisborg Palace, Gråsten Palace, Christiansborg Palace and other locations where the Danish Royal Family spends their time.