“What a final!” Duchess of Cambridge spends Saturday afternoon at Wimbledon 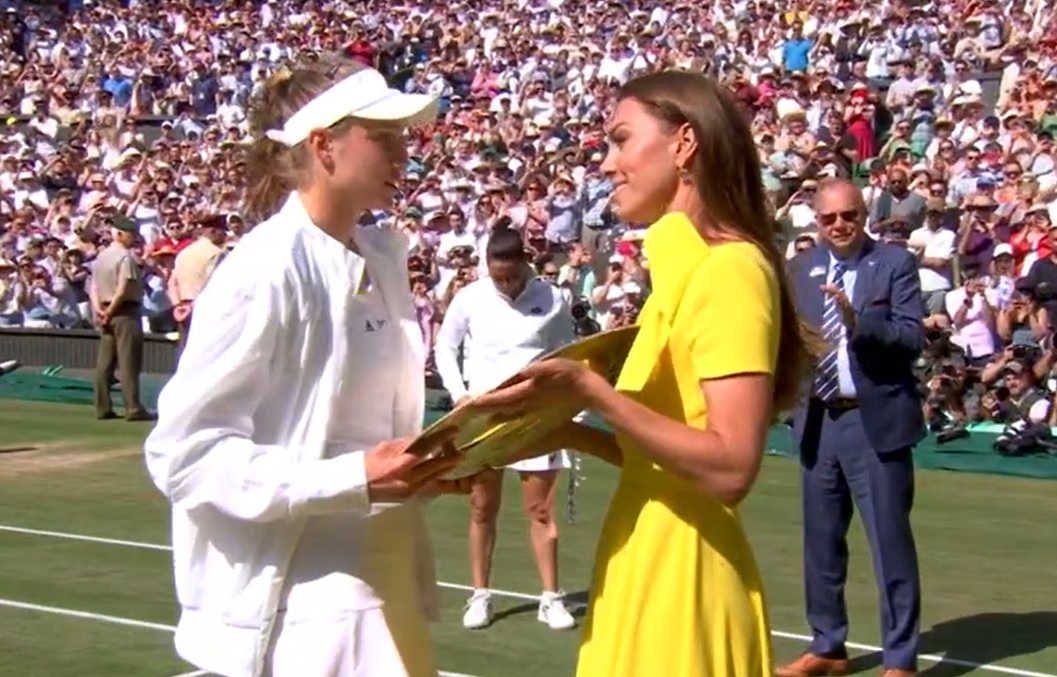 Kate arrived solo for the Saturday afternoon tennis match and watched as Rybakina and Jabeur fought hard for the title, with each winning a set before the third and tie-breaking final set resulted in a first-time win for Rybakina.

The Duchess tweeted two messages of support to the tennis players and Wimbledon overall, thanking the players for a great game and thanking the staff and volunteers behind the scenes who have been arranging the two-week tournament.

In her second tweet, Kate wrote: “A beautiful day for a brilliant match.

“Congratulations to both players but also to all the unsung heroes that make this tournament what it is. @Wimbledon you make us proud each and every year!”

Afterwards, the Duchess of Cambridge presented the trophy to Rybakina and the runner-up trophy to Jabeur, the first time she has undertaken the duty since the Duke of Kent—former president of the All England Lawn Tennis and Croquet Club—retired at the end of the 2021 tournament and she took over official presentation duties.

Kate stayed after the Ladies Final for the Men’s Doubles championship and also took time before the Ladies Final to meet with the semi-finalists of the first-ever under-14 and junior championships, including American tennis player Carel Ngounoue, who told The Telegraph: “It’s definitely an honour to meet her, it’s great to have this opportunity to meet someone so important.”

The Duchess will attend the Men’s Finals today, accompanied by William, as they watch returning champ Novak Djokovic try to defend his title against Australian Nick Kyrgios.