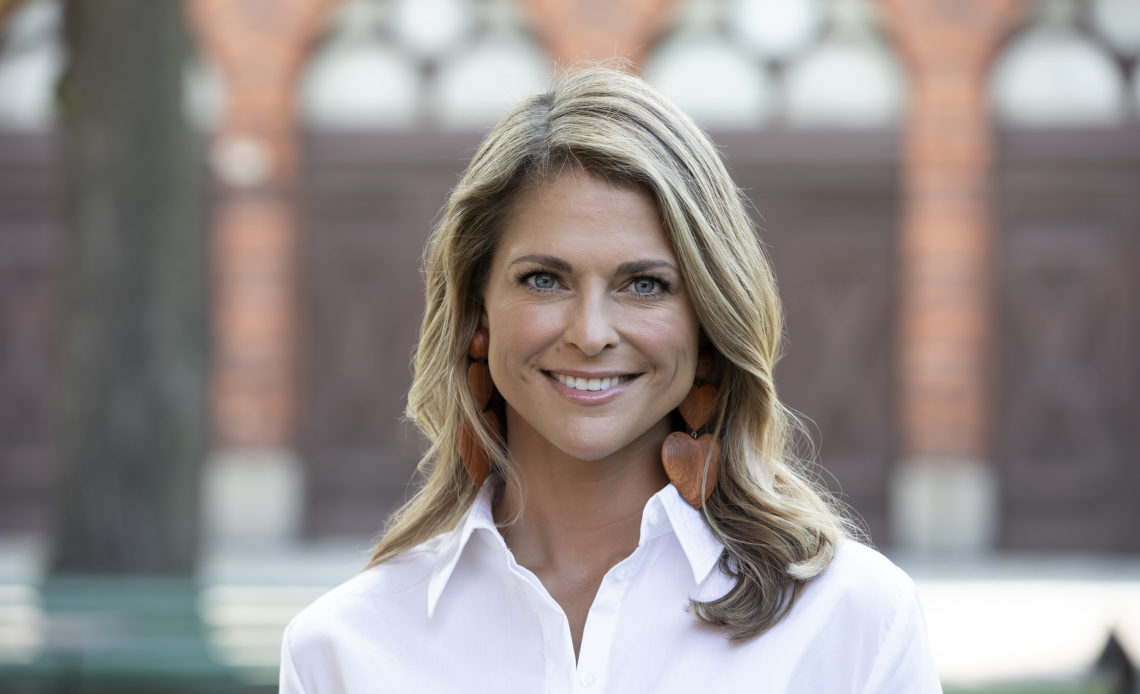 Princess Madeleine has travelled to Germany to visit the German branch of the World Childhood Foundation.

Madeleine travelled to Frankfurt to learn more about the ninth Child House being built in Germany. She was joined by Professor Jürgen Graf, Minister of Social Affairs and Integration Kai Klose and Honorary Consul Christian Bloth.

Her Royal Highness visited the University Hospital Frankfurt to see the site where a former hospital is being turned into a Child House (or Child Haus in German). Construction is due to be completed in 2023.

Princess Madeleine, who is the Honorary Vice President of Childhood, spoke to doctors about plans for the Child House and how they are working today. She received a tour of the outpatient department for children at the University Hospital Frankfurt to meet with doctors to learn about their work.

She also handed over a symbolic rainbow wooden house to the World Childhood Foundation team and the doctors to conclude her visit before meeting with Lena Jensen, who was sexually exploited as a child. Jensen now uses her experience to help others.

Her Royal Highness said during her visit: “Ever since my mother, Queen Silvia, founded Childhood in 1999, the foundation has had a clear vision: A world where all children are free from violence, sexual abuse and exploitation. We have helped put child sexual abuse on the global agenda. What used to be an invisible, silent and all too often denied problem is now something we recognise and jointly promise to stop, and it makes me proud to see how quickly the Childhood-Haus concept has been established and what impact it has on child protection in Germany. It warms my heart to know that the children are in focus and that they are receiving the support they are entitled to.”

Before returning to Sweden, the Princess attended a reception hosted by Childhood Germany at the Union International Club.

After her visit, the Princess wrote on Instagram, “This past week I had the pleasure to visit the newest Child House in the making in Frankfurt. It makes me proud to see how quickly the Childhood-Haus concept has been established and the impact it has on child protection in Germany. It warms my heart to know that the children are in focus and that they get the support they have the right to.”

She returned to Sweden shortly after, where she is spending the summer with her family before returning to Florida in the autumn.

Queen Silvia founded the World Childhood Foundation in the 1990s, and it has branches in Brazil, Sweden, Germany, and the United States. It aims to prevent violence and sexual exploitation of children – based on the UN Convention on the Rights of the Child. Princess Madeleine has been involved with the organisation for many years and works with the US branch while residing in the US.