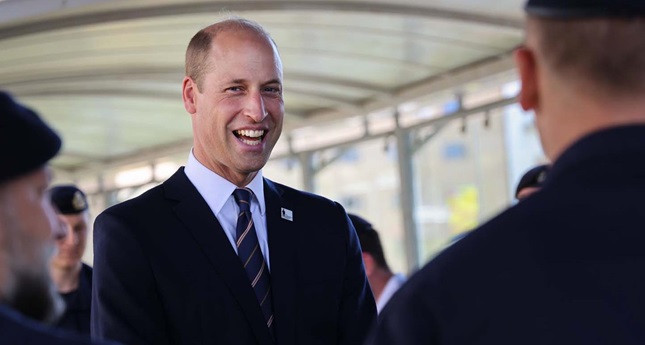 The Duke of Cambridge has been tweeting his support of the Lionesses, the England women’s national football team, as they advance to the final of the UEFA Women’s Euros this weekend.

William, who is president of the Football Association, tweeted earlier this week, following the Lionesses’ 4-0 victory over Sweden: “Congratulations @Lionesses on making it to the #WEURO2022 final on Sunday. The entire country is so proud of everything you’re achieving. We believe in you and will be with you all the way! W”

William has been tweeting throughout the tournament, wishing the Lionesses luck as they headed to the semi-finals on 20 July, “Great performance and comeback @Lionesses, brilliant team effort! On to the #WEURO2022 semis. W.”

Ahead of their 26 July match, William tweeted: “Good luck tonight @Lionesses, the whole country is behind you #WEURO2022 W.”

Kensington Palace confirmed on Wednesday that William will attend Sunday’s final between the Lionesses and Germany’s team—Die Nationalelf (The National Eleven)—at Wembley Stadium, with the speculation that he may bring Princess Charlotte with him.

When visiting the Lionesses at their training camp in June, William revealed that Princess Charlotte is a good football player, and that she wanted her father to pass along that message.

He told the Lionesses, “Charlotte wanted me to tell you that she’s really good in goal. She said, ‘please tell them that.’ Budding star for the future.”

Kensington Palace would not confirm if Princess Charlotte will attend the finals with her father. Her attendance will only be confirmed on the day itself, much like Prince George’s attendance at the Euro 2020 final and the Wimbledon men’s singles final.

UEFA Women’s Euro 2022 was initially set for 2021, however due to the pandemic and the new dates for the 2020 Summer Olympics and Euro 2020 to 2021 as well, this tournament was postponed to this summer.

The Lionesses have previously made the Women’s Euro final in 2009 and 1984.