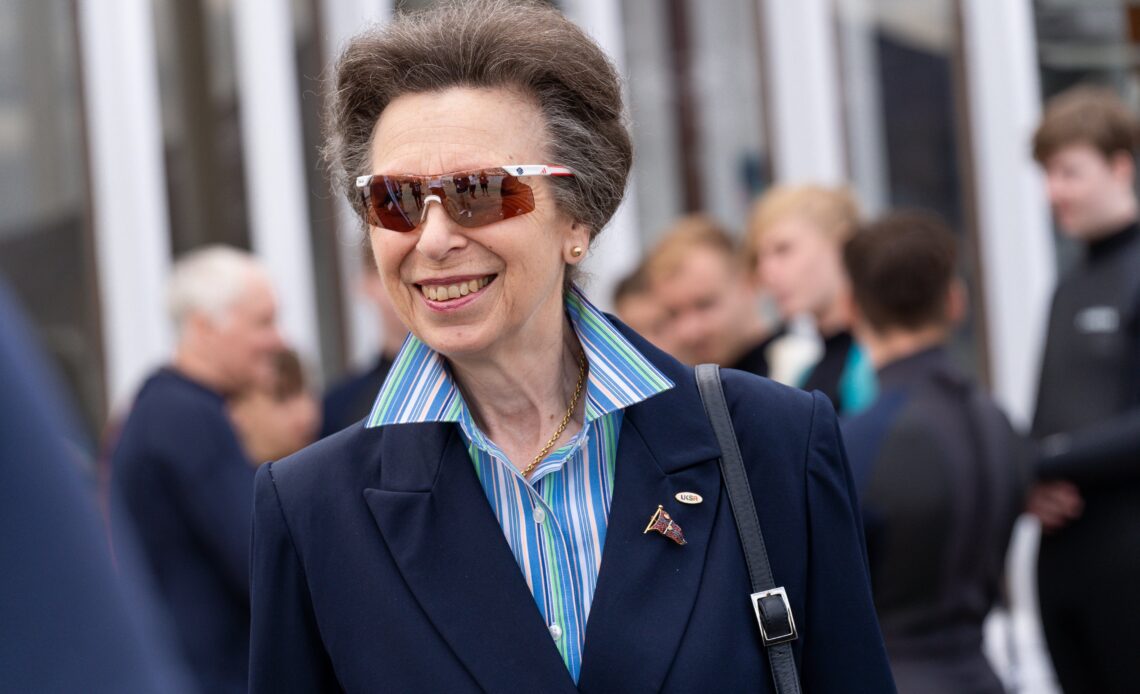 The Princess Royal spent the day on the Isle of Wight earlier this week, visiting Mountbatten Hospice and the United Kingdom Sailing Academy’s new facility.

Princess Anne’s first engagement was at the Mountbatten Hospice, where she helped celebrate the facility’s 45th anniversary.

During the visit, Princess Anne met with carers and patients and unveiled a plaque to commemorate her visit. She was presented with a bouquet and a hamper of produce from the Isle of Wight.

“It was nearly ten years ago when HRH The Princess Royal last visited Mountbatten, so it was great for her to see how much we have grown as an organisation during that time, particularly the number of people we are supporting within their own homes,” said Nigel Hartley, Mountbatten Hospice’s Chief Executive.

“HRH took time to talk with our staff and lots of different people we support in many different ways, and I know that meant so much to everyone.

“We are hugely grateful to HRH for coming to see us and taking such an interest in everything we are doing for our Island community.”

Next, Princess Anne visited the new Cowes facility for the United Kingdom Sailing Academy, of which she is patron.

The new accommodation centre will allow upwards of 3,000 young people to stay on the Isle of Wight to continue their training with life skills and career advancement. The Cowes facility holds 136 beds.

Princess Anne helped launch the charity appeal for the Sea Change facility in 2018, and the Academy’s Chief Executive, Ben Willows, said in a statement on the organisation’s website that it was “fantastic she could visit today and see the new facility and also extend her thanks to UKSA’s amazing set of supporters.”

He added: “We’ve been incredibly proud to show Her Royal Highness our new accommodation centre today and demonstrate what a difference it will make to the number of young people we are able to help.  Her Royal Highness has been a patron of UKSA since 1992 and during that time we have grown to be the largest RYA training centre in the world, welcoming 11,000 people through the doors of UKSA each year, supporting those young people that wouldn’t otherwise have the opportunity to access UKSA’s programmes and gain employment.”

In addition to touring the facility and unveiling a plaque to commemorate her visit, Princess Anne also met with young people from the Tile Cross School in Birmingham and Downside Fisher Youth Group from London who have been participating in a five-day session that teaches them life skills and career opportunities at sea.