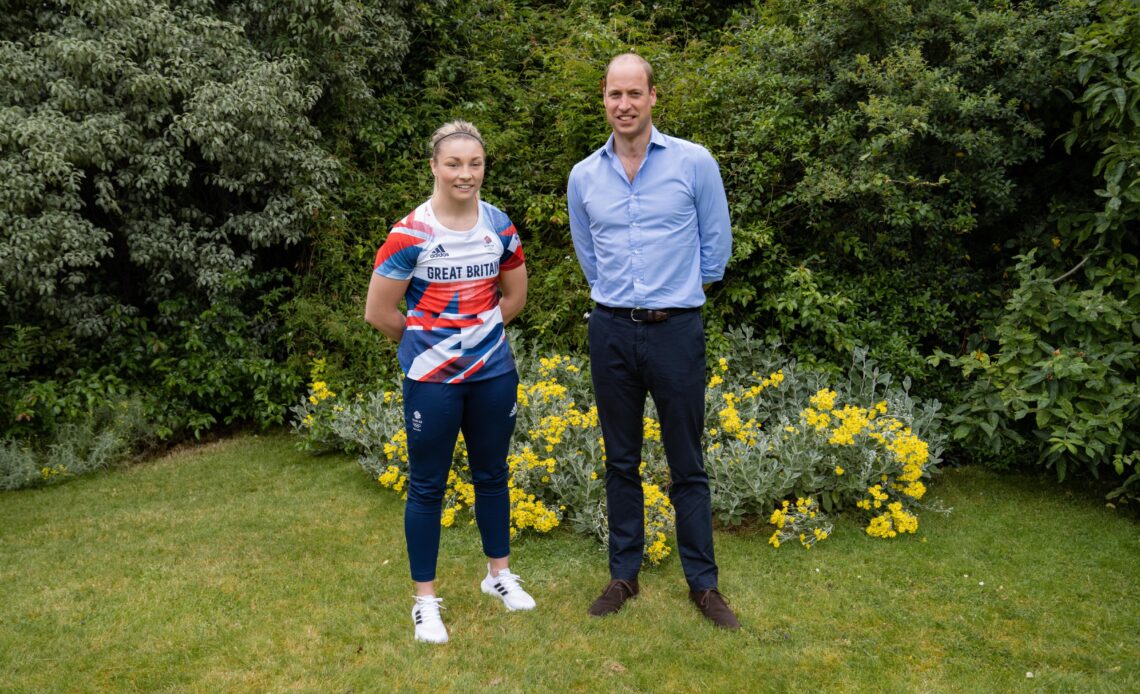 The Duke of Cambridge has sat down for an interview with Wales’s first female Olympic boxer ahead of her travels to Tokyo for the Summer Olympics, which officially open this Friday.

Price, from Ystrad Mynach, Wales, originally took up kickboxing but switched over to boxing in 2014 as she felt it was a better avenue towards her Olympic dreams. Her career has included gold medals at the World Championships and European Championships, as well as the Commonwealth Games and a world number one ranking in the middleweight category.

“The Olympics mean the world to me and if I were to go and win a gold medal it would top everything in my career,” she told William.

Price helped to fund her Olympic dreams by working as a taxi driver in Wales, with William quipping about her drunken passengers “I bet they did not mess with you.”

After the Tokyo Games were postponed last year due to the pandemic, Price further revealed the unorthodox training methods to keep her in shape: “I was doing squats with wheelie bins, using them as squat racks. I had a lot of question marks in my head. Eighteen months out of the ring, it was, ‘Am I as good as I used to be?’”

Price also told William about her grandparents, who raised her, and how they have always supported her Olympic dreams. Her grandmother always sends her inspirational text messages, Price said. “She’ll remind me how hard I’ve worked over the years and how much my dreams mean to me. She always used to say to me ‘reach for the moon, if I fall short, I’ll land on the stars’ and that’s something that’s always stuck with me.”

Her grandfather sadly passed away last year, but Price’s grandmother said in a separate clip featured during the interview that, “[Her grandfather] would have been the proudest man in the valley.”

William told Price, “I bet your grandparents are very proud and you will make them even more proud come this Olympics.”

“It’s something I take with me in the ring, I know he’s always looking down on me,” Price said.

Before the interview ended, William presented Price with a birthday cake—she celebrated her 27th birthday last month—and said: “I hope it tastes alright but you can take it home with you, you don’t have to eat it all now!

“Happy Birthday for today and hope you have a good day. We’ll all be wishing you well, Lauren, and cheering you on. You’ll do us very proud in the Olympics, I’m sure, and you’ll do everyone proud in your hometown, and your grandparents as well, so best of luck!”

Price later tweeted: “It was an honour to meet our future king.”