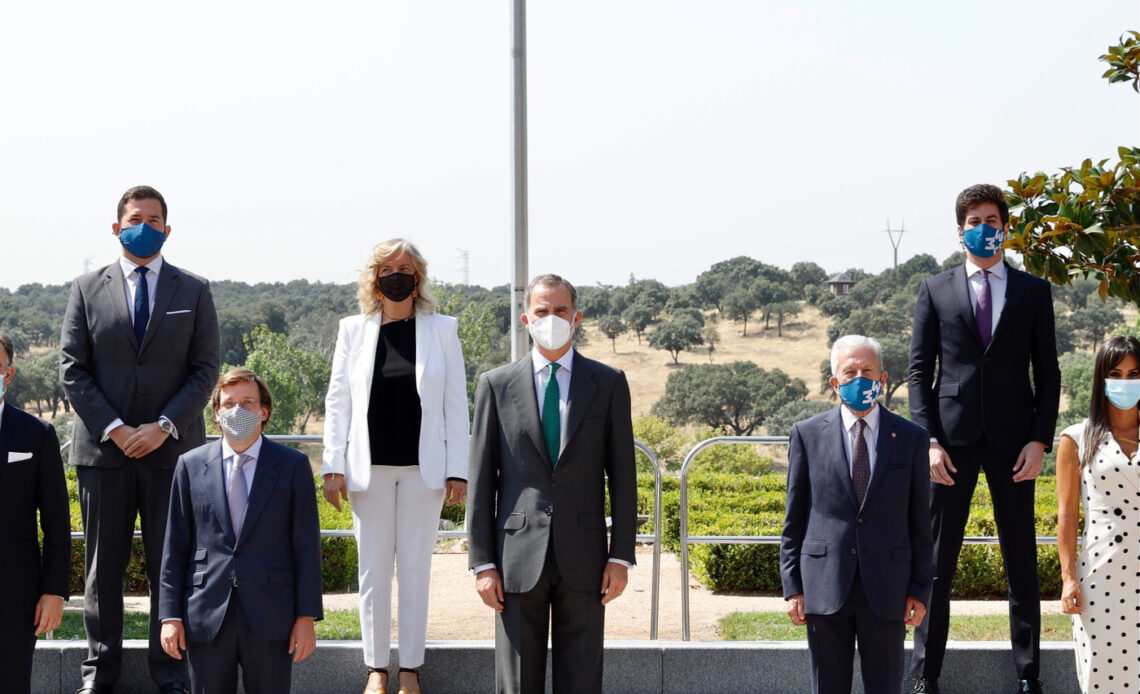 On Tuesday, the King of Spain granted an audience to a representation of the association Madrid Futuro.

The NGO was born out of the city’s society and aims to act as a catalyst for projects that would make the Spanish capital recover faster after the hit it took during the global shutdown.

Madrid, capital of health and wellbeing;

Madrid, capital of the Spanish language and culture;

Each of these sectors is paramount during a time of crisis, especially in a society that already was in economic strain before the world experienced such a life-changing event.

King Felipe has been deeply involved in the recovery of Spain’s economy after the toll the pandemic took on livelihoods and businesses.

Last summer, when it looked like the number of cases was slowing down all around the globe, he and Queen Letizia toured the country in an effort to promote tourism and to demonstrate that travelling through the country was safe.

More recently, he has granted audiences to different associations representing all aspects of society to listen to their grievances and try and understand how the Crown’s power could be used to help in this effort.

Queen Letizia has been equally involved, focussing on the impact the pandemic had on the sectors she worked in throughout her royal life: rare diseases, women representation, and food distribution equality.

It is unclear when or even if the Spanish royals will travel to Palma de Mallorca for their traditional summer holidays; it is scheduled that the entire family will be in Santiago de Compostela on Sunday to celebrate the Way of St. James (or Pilgrimage of Santiago).

It is also unclear when Princess Leonor is scheduled to leave for her two years at UWC Atlantic in Wales; she has received her vaccination on the 16th of July, accompanied by her mother, to get ready for her departure. The Spanish government is currently allowing all students who will have to travel abroad for study reasons in the fall to have a fast lane for vaccines.