The Royal 2010s: The importance of royal fashion 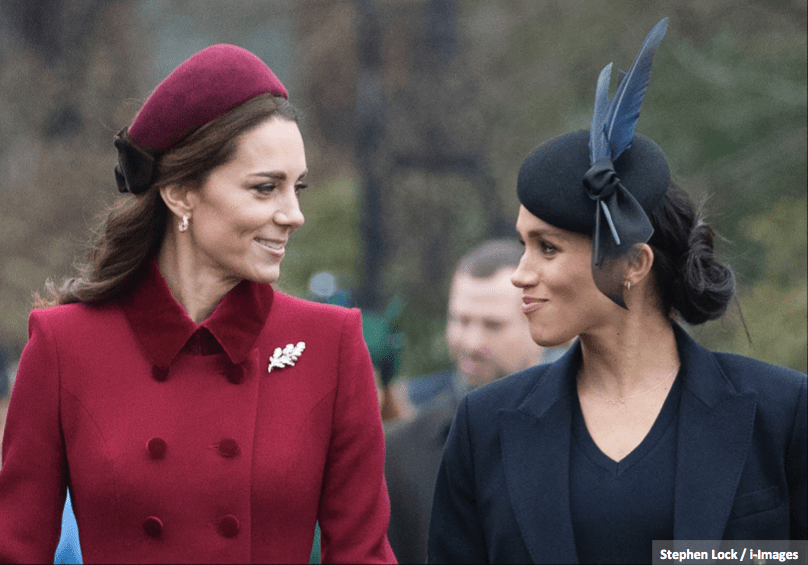 In the past decade, we’ve seen an absolute explosion of interest in royal fashion, and it’s no big surprise.

In the eighties and nineties, it was all about Diana, Princess of Wales, and the Duchess of York. The glamour and fun of those fashions are still being celebrated today, with millions flocking to the Diana: Her Fashion Story exhibit and even a resurgence of women dressing like Diana.

But in the years after Diana’s death, an older generation of royals were the ones in the public eye, with The Queen’s grandchildren off at school and living much more private lives. And let’s face it, no matter how lovely their outfits were, no one was really waiting with bated breath to see what Princess Anne or The Queen was wearing.

But once 2010 rolled around and Miss Catherine Middleton stepped out in a blue wrap dress, everything changed.

The moment the long-awaited royal engagement was announced, millions of women around the world wanted to know what Kate was wearing, how much it was, and how fast they could get it. Thus “The Kate Effect” was born.

And in today’s world, getting that information is as simple as a few clicks, or following your favourite fashion bloggers on Instagram.

“Social media has definitely played a huge role in popularising royal fashion,” said Susan Courter of the royal fashion blog What Meghan Wore. “We are now able to see images and get information on fashion pieces that Meghan or Kate have worn in an instant, on-demand rate vs. in the past when we had to wait for fashion magazines and news outlets to provide us with this information (think back to the Diana era for example).”

With this growth of information came “replikaters,” or women who emulate the style of the Duchess of Cambridge. And with the addition of the Duchess of Sussex to the royal family, Meghan’s styles are selling out just as quickly.

“Both Kate and Meghan have had a huge impact on royal fashion collectively. People can relate to both of these women’s style choices and are inspired by them,” Courter said. “Whether it be a more affordable item they can obtain that one of them has worn or a similar style item – something we refer to on What Meghan Wore as “Match Meg Style” pieces and “RepliKate” pieces for What Kate Wore.”

What’s interesting is the massive interest in what Kate and Meghan wears has had a trickle-down effect of sorts, with news outlets and blogs now also chronicling the style of Princesses Eugenie and Beatrice, the Countess of Wessex, and Zara and Autumn Philips. Even Princess Anne makes an appearance in the style chat nowadays (and rightfully so!).

The past decade also has seen a wave of royal weddings, with Prince William, Prince Harry, Princess Eugenie, and Zara Philips all walking down the aisle. Whether you favour Kate’s elegant lace Alexander McQueen dress, Meghan’s clean and simple Givenchy gown, or Eugenie’s statement-making Peter Pilotto style, if you were married in the 2010s, you very likely saw gowns inspired by royalty during your wedding dress shopping adventures.

But along with the increased popularity of royal fashion has come a downside. Anyone with a keyboard has become an instant fashion critic (or the “protocol police,” as many in the royal community have joked on Twitter).

The backlash from something as simple as Meghan wearing what people deemed as the “wrong” shade of nail polish has led to people assuming her fashion choices are some sort of reflection of her character, appropriateness, or ability to perform as a member of the Royal Family.

Courter agreed that royal women “may be criticised for their style choices based on whether they’re liked or disliked rather than on how something fits and flatters them.”

There are many royal watchers who complain about an excessive focus on fashion in the past decade, especially when it outshines media coverage of the royals’ actual work.

It’s certainly a fine line, but I do agree with Courter that a new generation of people have been introduced to causes and organisations they might’ve never heard about if they weren’t interested in what Meghan or Kate was wearing.

“While both would surely prefer they be judged only on the merits of their work, we would make the case that more people are exposed to their work through their fashion than if it was not part of news coverage,” she said.

At the end of the day, “both duchesses are media savvy and understand their fashion choices will be endlessly scrutinized and debated,” she continued. “Both the Duchess of Cambridge, who primarily champions British brands, and the Duchess of Sussex, who has shined a light on ethical, sustainable labels, know it comes with the territory; it is part of the job.”