How women are modeling their style after Diana, Princess of Wales in 2019 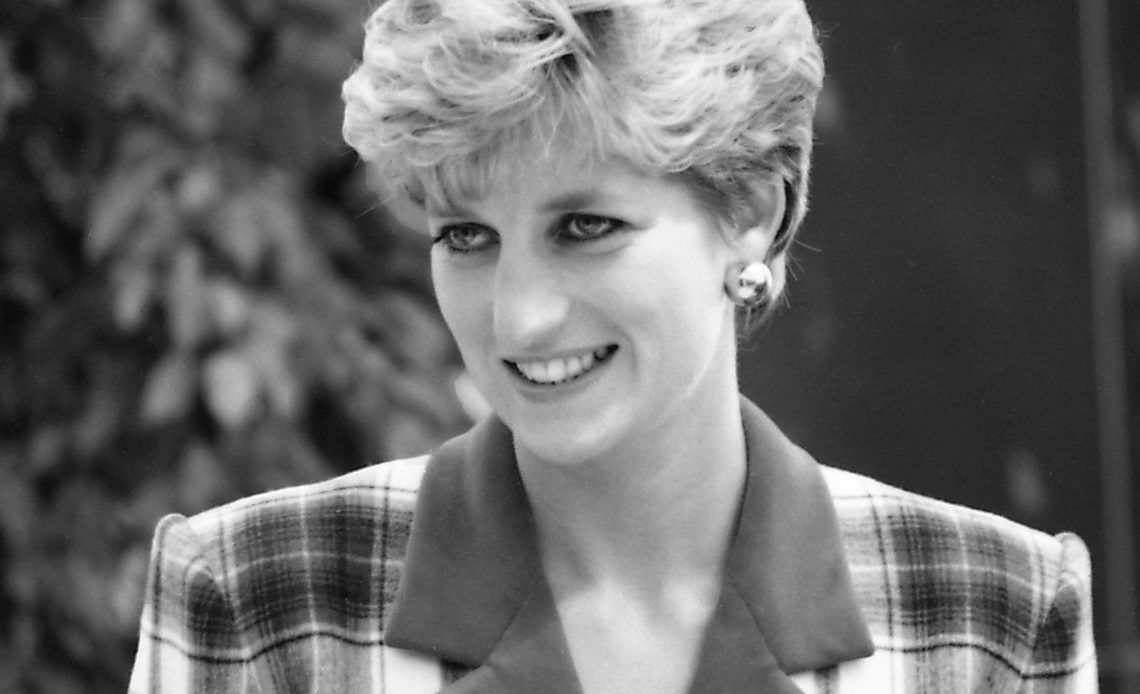 Take one look at the women’s fashion on display at your local high street shops (or the young women walking through them), and you might think you’ve been transported back to the eighties and nineties.

But those pussy-bow blouses, scrunchies, oversized blazers, and puffy polka dot midi dresses all share something in common … they look just like the styles worn by Diana, Princess of Wales in her heyday.

My mother was a keen follower of Diana’s fashion when I was growing up, and she – like many other royal fans – loved the Princess’s Sloane Ranger style. Looking back at childhood photos, I can see the Diana influence in the ruffles, bows, shoulder pads, and cycling shorts of the day. Diana was such an inspiration that my younger sister is even named after her.

But in 2019, is dressing like Diana a conscious choice or just a coincidence based on what’s currently en vogue? Well, maybe both. But there are certainly women who set out to emulate Diana’s looks, even 21 years after her death.

Take The Telegraph‘s Bethan Holt. The reporter, who calls Diana “the ultimate fashion icon,” recently penned an excellent piece about how she thinks about the late Princess when she gets dressed every day.

“…beyond obsessively saving the best Diana looks I come across, my personal style strategy is probably best summed up as: a  Diana a day. Sometimes it’s on purpose. Often I’ll only make the connection once I’ve made a purchase or got dressed. But most days there will be some element of my outfit that has something of Diana about it,” she said.

Author Teri Wilson, who lives in Texas, said she’s been a fan of Diana’s style since her engagement to Prince Charles. “I was twelve-years-old at the time, and to me, Diana was like a real-life Cinderella,” she said. “I wore Diana’s high neck blouses, ruffles and ballerina flats. I had my hair cut like hers. My first ever designer handbag was a copy of a Gucci bag Diana carried to a polo match in the ’80s.”

Wilson still sees Diana as a fashion influence today and recently purchased the above sheep jumper at JCPenney since it was reminiscent of the one Diana famously wore.

She also found a Diana-esque black ballgown to wear to the upcoming Romance Writers of America RITA Awards ceremony in New York City. Wilson is a nominee for this prestigious industry award and bought the dress because it reminded her of the iconic black gown Lady Diana Spencer wore on her first public appearance with Prince Charles. (I’ve been assured she’ll give a shout-out to the Princess if her book wins.)

“I think Princess Diana’s style remains influential today because she was a true game-changer for the British royal family,” she said. “Obviously, there were royal watchers before Diana came on the scene, but interest in the royals exploded once Prince Charles announced his engagement to Lady Diana Spencer.”

I’ve had my Diana fashion inspirations myself, like when my cousin got married last summer and gave everyone a few options for bridesmaid dresses. The one that stood out to me looked very similar to a Catherine Walker evening dress worn by Diana at the Cannes Film Festival, although, like Bethan Holt, the connection wasn’t made until after we got home.

Both the Duchess of Cambridge and Duchess of Sussex have had their own Diana moments. Of course, Catherine owns her late mother-in-law’s famous sapphire engagement ring, but she’s paid tribute to Diana in other ways. When the Duchess stepped outside the Lindo Wing with Prince George and Prince Louis, both the blue polka dot and red-and-white looks were reminiscent of when Diana posed for photos with her own children.

The Duchess of Sussex has channelled Lady Di in some of her outfits, too. The stunning red-and-purple ensemble she wore while pregnant with Archie was quite reminiscent of Diana, for example. The unexpected colour combination was one the princess favoured, and it still looks fresh today.

So what is it that still appeals to us about Diana’s fashion? Maybe it’s nostalgia, although many of the women wearing the latest trends were too young to be fans of her when she was alive. But I think there’s something special about Diana’s style that somehow remains timeless today.

Yes, she had some sartorial moments that we probably want to forget. But Diana had a way of making fashion fun, especially in a family that, until recent years, came off as very stiff and serious.

“I think her style will always be influential because of how beloved she was, and I especially love that the feminine touches that were her trademark in the early years are seeing a big comeback right now,” Wilson said.

Considering the Princess’s Virgin Atlantic sweatshirt recently sold at auction for $53,532, people are definitely still invested in her style. Take one look at Instagram, and you’ll see loads of millennials dressed in similar outfits down to the slouchy athletic socks. Many have shared the iconic image of Diana going to the gym as their own workout wear inspiration.

Will I be strutting around town in cycling shorts and chunky white trainers anytime soon? That’s probably a no. But did I just purchase a copy of her Virgin Atlantic shirt on Amazon? You’d better bet I did.