The promise of the future meets the shadow of the past: Spain’s royal year dominated by a former monarch and a queen in waiting 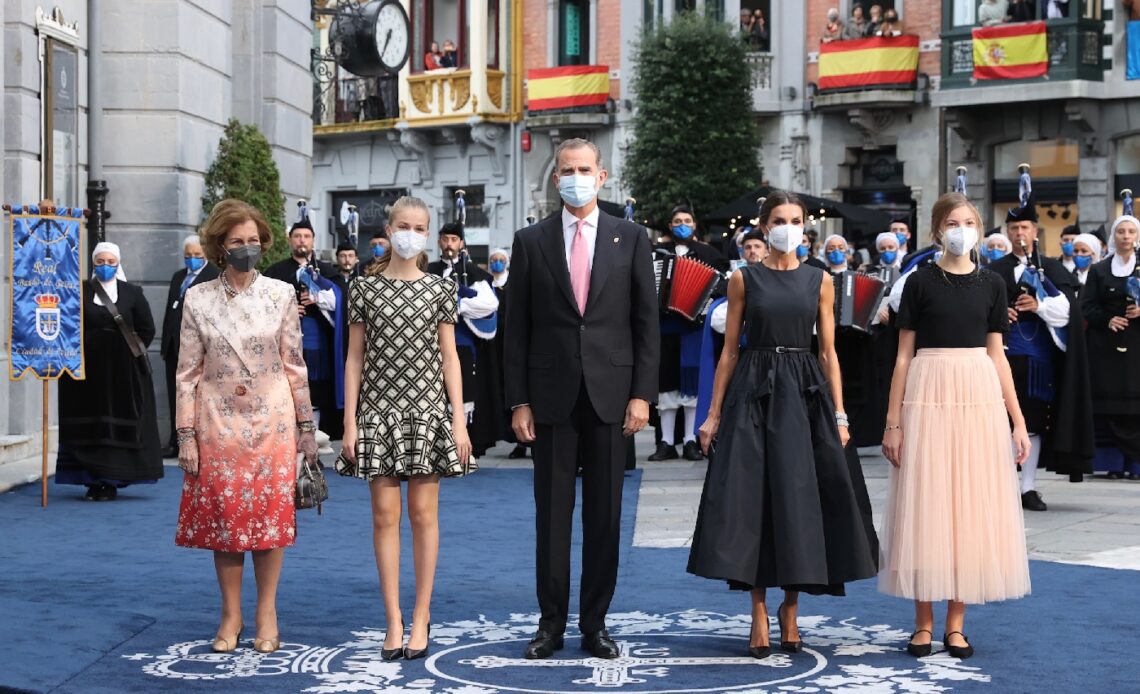 If the theme of 2020 for Spain’s royals was the shadow of the past catching up with them, then the family began 2021 with their focus firmly on the future. With King Juan Carlos several thousand miles from Madrid, there were moments when the controversies around him seemed almost forgotten as the young princess who is in line to inherit the throne he helped recreate stepped into the spotlight. However, history has a habit of lingering. As the year came to an end, reports that the former monarch wanted to return to Spain after one case involving him was dropped and others looked likely to follow meant that 2021 ended on an unpredictable note. The royal year in Spain has, as we’ve come to expect in recent times, been far from settled.

There were glimpses of a sparking future. Leonor, Princess of Asturias has had a higher profile than ever before and proved very popular in the process. In March 2021, she carried out her first solo public engagement. Leonor’s confident appearance as she helped celebrate the 30th anniversary of the Cervantes Institute in Madrid proved a success with the young royal depositing a copy of the part of the Spanish Constitution that she read in her first public speech in the vaults of the organisation which celebrates and promotes her country’s language. Impressive crowds had turned out to see her and the princess, just 15 at the time, handled the huge interest in her presence with aplomb.

There was more of the same in the summer as Leonor and her younger sister, 14 year old Sofia, carried out their first public duty together without their parents. The sisters planted trees with other teenagers to mark World Environment Day and appeared relaxed and confident throughout the engagement. The spotlight fell on them again just weeks later when they joined their parents, King Felipe VI and Queen Letizia, at the traditional ceremony marking the National Offering to the patron saint of Spain at Santiago de Compostela. Meanwhile, Sofia was on hand to support her older sister as Leonor undertook that staple of royal diaries and launched a submarine.

The close bond between the daughters of King Felipe and Queen Letizia and the growing interest in their lives was evident when Princess Leonor moved on to the next stage of her education. As she headed off to study at UWC Atlantic College in Wales, dubbed the high school for princesses because of the growing number of European royals heading there, the photo everyone wanted was of the two girls saying goodbye to one another. It underlined just how vital Leonor and Sofia had already become to re-establishing the family image of Spain’s royals.

However, Leonor’s move had also provided a reminder of how much of a shadow the recent royal past still casts. When her choice of college was announced, it led one TV station to use the controversial headline ”Leonor leaves Spain, like her grandfather’‘. The reference to King Juan Carlos’ decision to go into self imposed exile drew immediate criticism from conservative politicians and an immediate apology from RTVE which had broadcast the line. That, in turn, provoked outrage from left wing politicians who felt the station had been too compliant with royal ideals.

The TV row happened just as violent protests broke out in parts of Spain over the arrest of a rapper who had been jailed in his absence for convictions for social media messages and songs which glorified terrorism and attacked the Crown. Hundreds took to streets in Barcelona, Girona and Madrid to show their support for Pablo Hasel with some demonstrators hurling missiles at police. Dozens were arrested.

At the heart of each controversy was King Juan Carlos. The former monarch didn’t set foot in Spain in 2021 but his influence remained strong. There was global interest in the ongoing investigations around allegations of financial wrongdoing by Juan Carlos. In December 2021, prosecutors in Geneva dropped an investigation into money laundering involved the king but several other inquiries in Spain, which had appeared to be drawing to a conclusion, were extended as the year ran out.

Juan Carlos also regulated his tax affairs, clearing another obstacle on the path to a possible return to Spain. However, nothing around him remained simple. A high profile public appearance, at the Abu Dhabi tennis tournament, in December was meant to provide a positive image. Instead, it ended with isolation for Juan Carlos after he met up with old friend, Rafael Nadal, who later tested positive for Covid.

In the middle of Leonor’s rise to royal stardom and Juan Carlos’ continuing controversies was the current king, Felipe VI. Along with his wife, Queen Letizia, he showed a determination to get back to public engagements as soon as the pandemic would allow. Both travelled extensively overseas in 2021, beginning with a low key State Visit to Andorra in March and culminating in a far more glittering trip to Sweden in November. The couple made a joint trip to Portugal to open a cancer centre while Queen Letizia also made visits to Paraguay, Switzerland and Senegal while King Felipe travelled to Peru and France. The couple also hosted the State Visit of the President of Italy.

At home, the couple oversaw a wide range of public engagements covering diverse areas including health, education and the economy. But one of their main focuses remained Spain’s recovery from the devastating impact of the coronavirus pandemic. From highlighting the issues it’s brought to children and young people to visiting a wide range of businesses trying to rebuild, support for Spain at one of its most difficult times has remained a theme throughout 2021.

King Felipe was helped by a quieter year on the political front. One of the monarchy’s sharpest critics of recent times, Pablo Iglesias, stepped back from front line politics after a bruising defeat for him and his party, Podemos, in the Madrid regional elections. After several years of criticism from a range of political voices, 2021 proved an easier year for the king.

Felipe and the royal family were bolstered, as always, by the ongoing popularity of Queen Sofia. The pandemic meant she had kept a low profile into 2021 but as the health situation changed, Sofia took on a higher profile. She showed support for the arts sector, so badly hit by the changes of recent years, as well as for food banks. Polls continued to show her as one of the most popular members of the House of Borbon and her increased agenda helped bolster the monarchy’s image in a year when stability seemed to dominate.

However, the last weeks of 2021 offered a reminder than calm can sometimes come before a storm. The huge interest shown in the Spanish and international press about a possible return to Madrid for King Juan Carlos underlined the turbulent times in which King Felipe still rules. His daughters continue their education with limited chances for public appearances while his father remains a dominant force, despite his – for now – ongoing exile.

As a new year begins, the shadow of the past continues to make its impact felt for Spain’s royals.