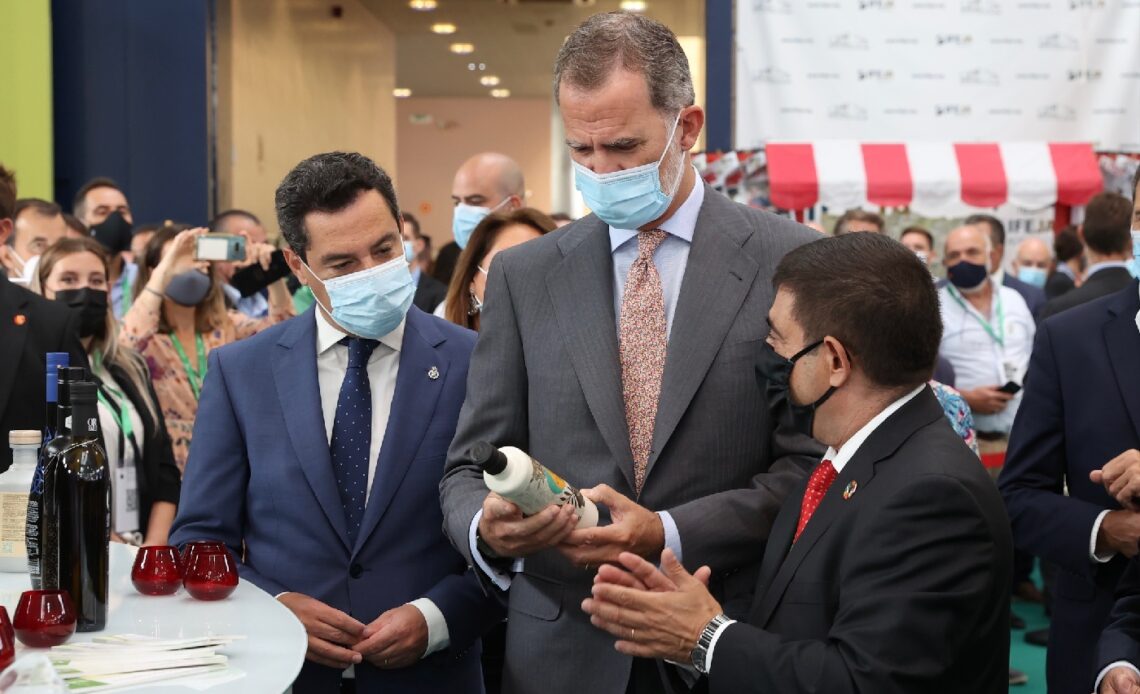 King Felipe of Spain toured the olive oil and similar industries fair Expoliva in Jaén, Andalusia, accompanied by the President of the Andalusian Parliament, the Mayos of Jaén, the Ambassador of the Tunisian Republic in Spain and many authorities from associations that are involved in the oil sector.

The King also met with the organising team behind the fair and some other people who were there to exhibit their products.

The olive oil industry represents one of Spain’s most prolific productions and one of their biggest exports.

However, strict regulations on the chemicals that farmers can use, coupled with unprecedented diseases that plagued olive trees (the most famous has been Xylella), meant that no country in Europe was able to sustain the production rate that was required to satisfy the olive oil demands from all around the world.

So many European countries that produce olive oil have started importing olives from other, extra-EU countries (like Tunisia, hence the presence of the Ambassador) and mixing them with olives of their own production to stay on top of the olive oil market demands.

The technology in agriculture has experienced a boom in advances and innovations over the past few years, with revolutionary techniques and pieces of equipment being developed, tested and produced. This does not make farmers’ jobs any easier, but it certainly makes them less physically demanding, which, after the surplus of food demands they had because of the global shutdown, was a blessing.

King Felipe has always been a strong supporter of Spain’s primary sector because, as he said in numerous speeches, without the raw ingredients, so many of the country’s iconic things would not exist: from food to tourism to the amazing scenery forged by centuries of land being farmed, Spain owes a lot to the agricultural sector, and His Majesty has taken many opportunities to show his support, like the regular attendance at the opening of the Livestock Fair.