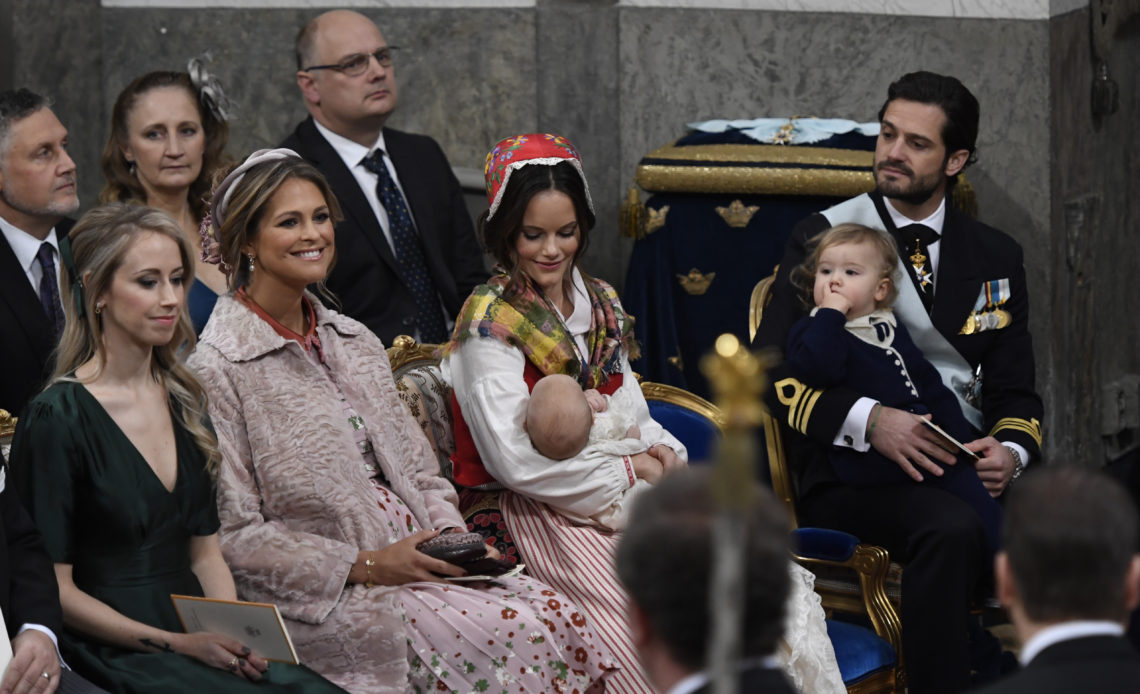 All big royal events have symbolism attached to them and when Prince Julian of Sweden is baptised, on August 13, 2021, at the Royal Chapel at Drottningholm Palace, he will find himself wrapped in one of his family’s best-known traditions. The little royal, youngest child of Prince Carl Philip and Princess Sofia, will be christened wearing the gown that has been used by Bernadotte babies for over a century.

Julian, who was born on March 26th 2021 is the latest in a long line of Swedish princes and princesses to be baptised in the outfit. In recent years, his big brothers, Prince Alexander and Prince Gabriel have worn it as have his cousins – Princess Estelle, Prince Oscar, Princess Leonore, Prince Nicolas and Princess Adrienne.

The gown itself is relatively simple. Like many a christening dress, it is made of light, crisp cotton batiste and covered in Valenciennes, a popular type of bobbin lace. It has small cap sleeves, trimmed with more lace. It’s also quite small as royal babies are usually christened within a few months of their birth – most noticeably, in recent times, when five-month-old Prince Alexander was baptised in 2016 the back of the gown was open in places to allow him to move properly.

The gown was first used in 1906 at the christening of King Carl XVI Gustaf’s grandfather, Prince Gustaf Adolf, who was baptised on June 15th, 1906 in the White Sea Room at the Royal Palace in Stockholm. The same robe was worn by Gustaf Adolf’s children – Gustaf Adolf, Sigvard, Ingrid, Bertil and Carl Johan over the next few years – as the gown became an integral part of royal christenings.

Prince Gustaf Adolf and his wife, Princess Sybilla, started a new tradition when their first child, Princess Margaretha, was christened in the gown. They added a cream coloured cape for their little girl to wear (she was an autumn baby, arriving on October 31st, 1935) and since then it’s become traditional for the names of royal babies to be embroidered inside this part of the outfit following their christening.

Julian’s name, with his date of birth, will join that growing list on August 14th 2021 as Sweden’s littlest prince becomes the latest royal to continue a tradition filled with charm.