Diane de Poitiers – the older mistress as an unofficial adviser 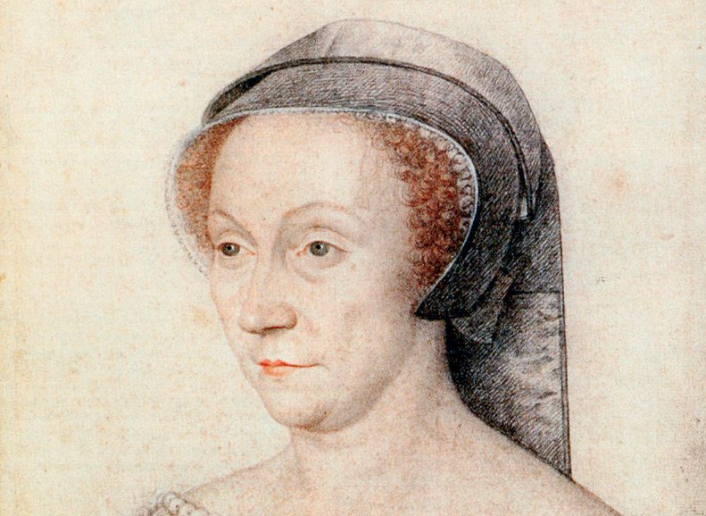 There have been countless French royal mistresses throughout the centuries, but some are better known than others. Diane de Poitiers was brought back into the spotlight in teen drama Reign in 2013 but has largely been forgotten in favour of later mistresses. This sixteenth-century noblewoman was not only a loyal companion to the king but established in her own right.

Diane was born on 9 January 1500 to a French nobleman and his wife. In 1515, when just fifteen years old, she married Louis de Brézé, the grandson of King Charles VII (through his mistress, the infamous Agnès Sorel), who was 39 years older than Diane. They had two daughters, one in 1518 and another in 1521. She started her court career by serving as a lady-in-waiting to Queen Claude of France, and then after her death, to Louise of Savoy (mother of the King) and to Queen Eleanor of Austria, as well. De Brézé died in 1531; de Poitiers would wear black for the rest of her life.

Prince Francis, the Dauphin, and Prince Henry spent four years in Spain as hostages. Francis died before taking the throne, leaving Henry to inherit upon his father’s death. In 1533, Henry married the Italian Catherine de Medici. And in 1534, Henry’s relationship with Diane began – he was 15, she was 35.

Henry was immediately taken with the intelligent Diane. Although Catherine was also known for her intelligence, the marriage was political and not romantic. The couple remained childless for several years, and knowing that children were imperative, Diane regularly sent Henry to Catherine’s bedchamber.

Diane’s age was a benefit; she acted as an unofficial advisor to Henry for his entire reign. He did have shorter affairs with other women, but Diane remained a constant. She was openly acknowledged, to the point that visiting dignitaries and royals greeted her with nearly the same respect as the Queen herself. Mary, Queen of Scots, enjoyed Diane’s company, much more so than her future mother in law, with the two lively women getting along well.

Unfortunately, like all mistresses, Diane’s position was dependent on Henry. He gave her several titles and properties, including the Château de Chenonceau in the Loire Valley. However, after Henry’s death from complications from a jousting injury in 1559, Catherine saw her opportunity and forced Diane to exchange the chateau for a lesser property. Diane also had no place at court after Henry’s death and died at her chateau in the country in1566.

During the French Revolution, her tomb was opened, her corpse was desecrated and thrown into a mass grave. She was reburied in the tomb in 2010.