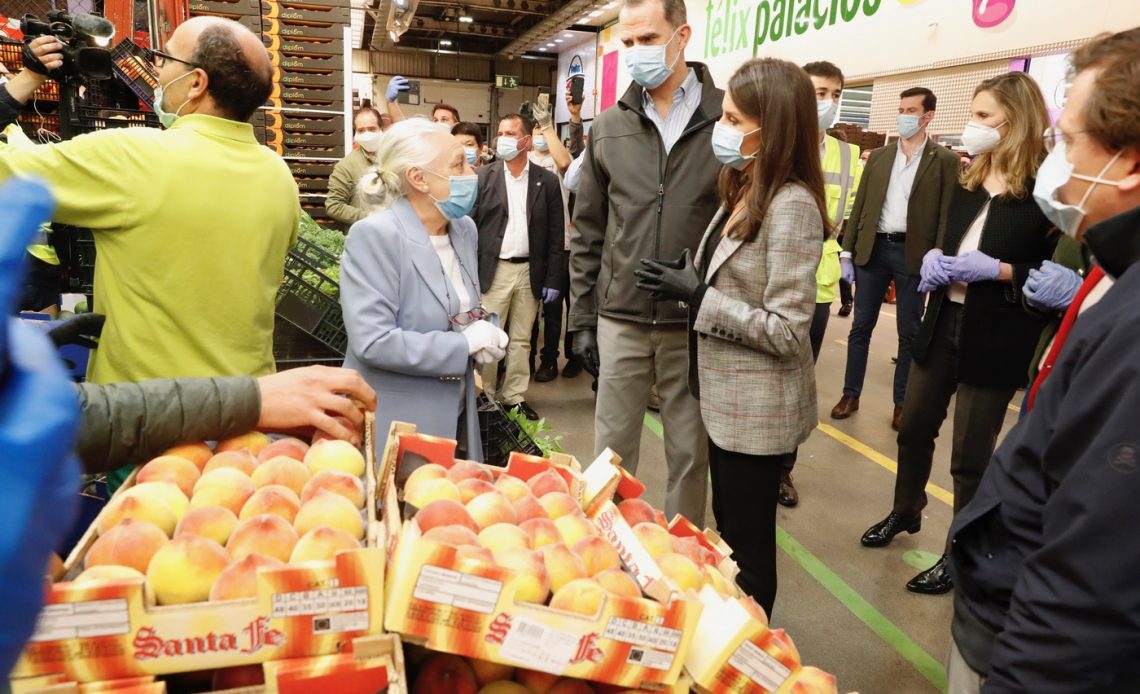 King Felipe VI and Queen Letizia of Spain were up before the dawn this week to hear about the work going on to keep food chains running during the coronavirus pandemic. The royal couple headed to one of their country’s biggest distribution centres to speak to people and organisations who ensure supplies of fresh produce keep on moving as Spain prepares for at least another two weeks of lockdown.

Felipe and Letizia arrived at Mercamadrid, in the Spanish capital, in the early hours of Thursday morning where work was already well under way to get food to shops and markets across the country. The King and Queen of Spain began by expressing their ongoing thanks for all the efforts made by those working in the industry to keep Spain fed during the pandemic.

Mercamadrid is the biggest wholseale food distribution, marketing and logistics platform in Spain and consists of around 800 companies who directly employ over 9,000 people. It feeds around 12 million people.

During their tour of the market, King Felipe and Queen Letizia met suppliers and distributors and heard about the challenges they have faced during the coronavirus pandemic. They also saw the supply chains in action and heard from other vital services including cleaning staff.

The couple were both wearing masks which were made compulsory for everyone in Spain over the age of six from Thursday if they are in public spaces or enclosed areas of public use. They also wore thick, black gloves for their tour. However, given the huge number of people inside the market, social distancing wasn’t enforced and both Felipe and Letizia offered elbow bumps, rather than handshakes, to those they met.

Spain’s politicians announced earlier this week that lockdown in the country would continue until at least June 6th 2020.