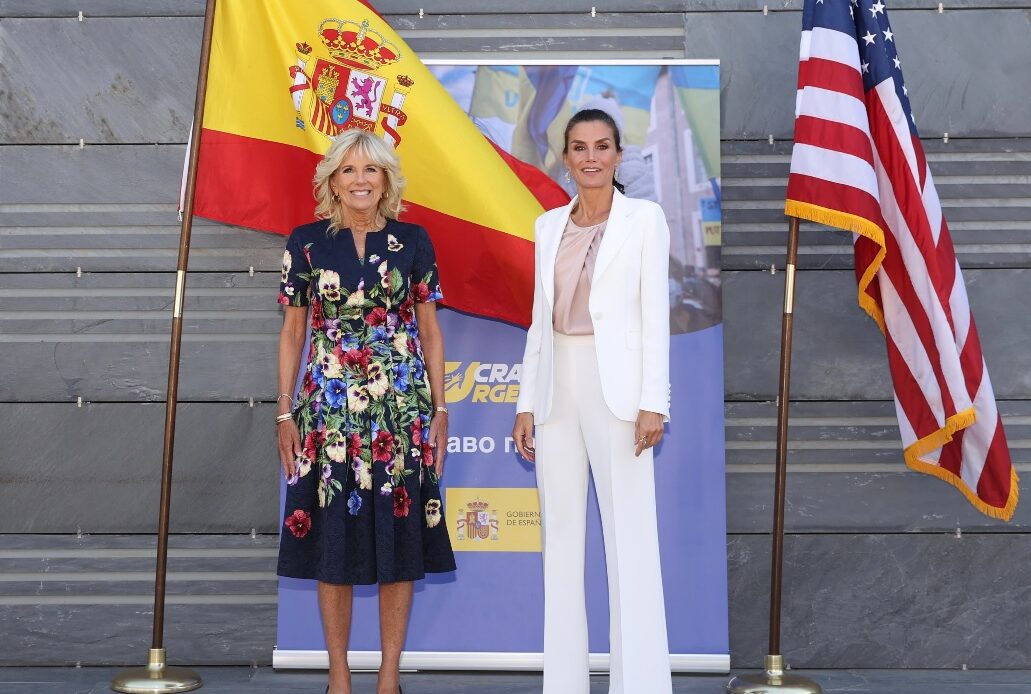 Dr Jill Biden, First Lady of the United States of America, travelled to Madrid a day before her husband did for the NATO summit, and took the opportunity to visit some of the projects that are at the core of Queen Letizia’s work.

After a meeting with staff, patients and families at the Spanish Association against Cancer on Monday, Tuesday brought on a visit to the centre for Ukrainian refugees located in Pozuelo de Alarcón, a small suburb on the outskirts of the capital.

The Spanish queen and the US First Lady were accompanied by Spain’s Minister of Inclusion, Social Security and Migrations as they visited the centre, the first structure of this kind in the country.

The two women were given a tour of the facility, and had the opportunity to chat to some of the families hosted in the structure, who told them not only about the conflict that brought them there, but also about the system that Spain has put in place to welcome them and make them feel safe and taken care of.

Queen Letizia and Dr Biden also held a brief encounter with representatives of the many associations that work cooperatively in the facility. The National Police and the Spanish Red Cross along with UNICEF, as well as the Mental Health Foundation, all offer their services to help those displaced by the conflict adapt as best as they can.

The Pozuelo de Alarcón’s Centre for Reception, Care and Derivation was created in March 2022 in response to the massive emigration flux of Ukrainians from their country, following Russia’s invasion.

The UNHCR estimates that as many as 6 million people have left Ukraine in the space of a few weeks to flee the war, and a further 11 million have been internally displaced. The Centre alone has welcomed more than 20, 000 people, 17,000 of which have requested temporary permits for residence and work, which is where the cooperation of the police force comes in.

King Felipe, Queen Letizia, Princess Leonor and Infanta Sofía had already visited the centre at the beginning of April, during Princess Leonor’s spring break from her UWC school.