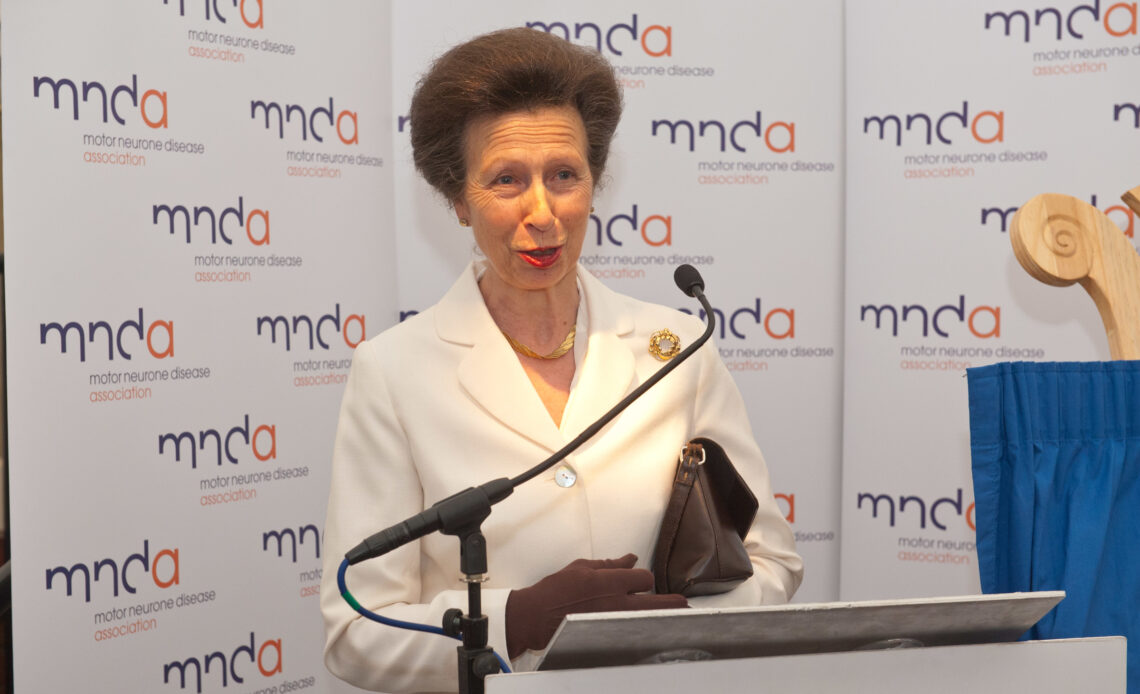 The Princess Royal, as Royal Patron, has attended a 40th anniversary reception for MND Scotland during Holyrood Week.

She was there to celebrate the work of MND Scotland and its volunteers. The reception also highlighted the work MND Scotland is doing to raise awareness of the disease.

The reception was part of the Princess Royal’s busy day that included an investiture at the Palace of Holyroodhouse in the afternoon.

MND, or ALS, is a terminal motor neuron disease with no active treatment or cure. It causes the muscles in the body to stop moving as the person’s brain halts signals being sent to each muscle. As a result, people lose the ability to walk, stand, use their limbs, talk, chew and even breathe.

On average, those diagnosed with ALS live just 18 months. With more progressive forms of the disease, like those that begin in the bulbar region, the life expectancy is even shorter.

MND Scotland is the leading organisation in the country, providing support for those with MND and their caretakers. They work to raise awareness of the disease and funding for research into a cure.

You can find out more about Princess Anne’s role and support of MND Scotland here. Royal Central spoke to MND Scotland in 2019 about their work and the Princess’s role as Royal Patron.