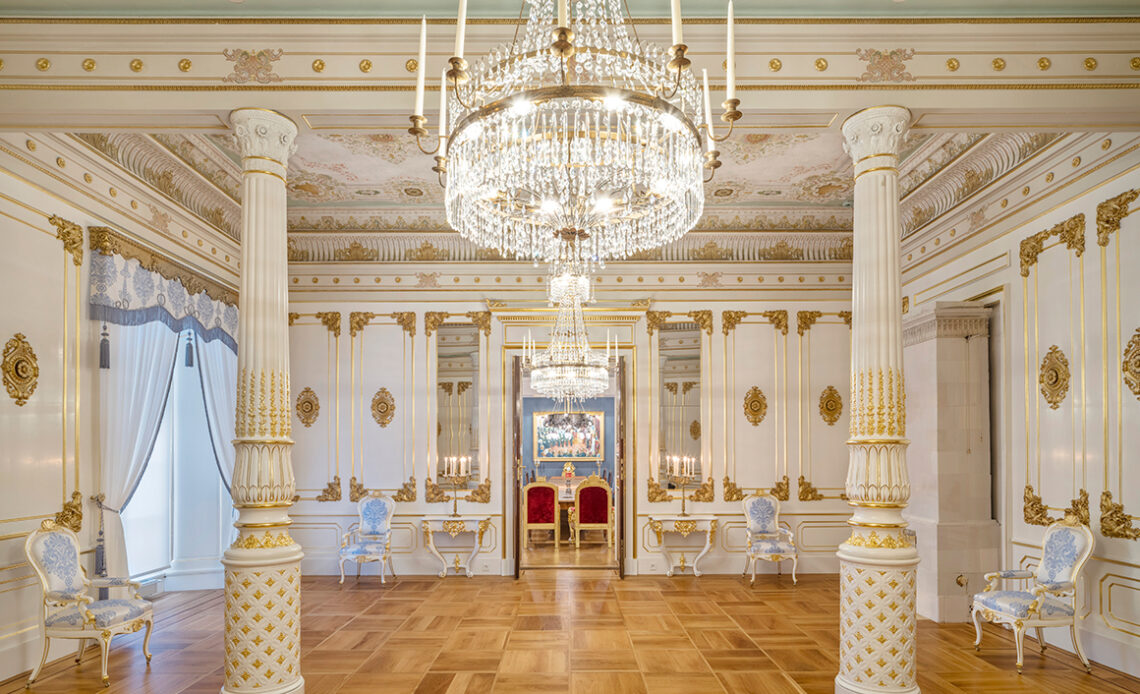 In the summertime, Oslo Royal Palce is opened to the public as King Harald and Queen Sonja exchange residences for the royal farm at Bygdøy right on the outskirts of the Norwegian capital. From late June until mid-August the Palace can be visited. All visitors follow a guided tour which takes guests through some of the Palace’s most important representation rooms.

The visit includes a look inside the Council Chamber, where the King meets the Government as well as the Great Dining Room where a dinner can be served to 220 guests, and the Palace’s finest guest room, the King Haakon Suite, to mention some of the rooms. For the first time since the castle was opened to the public, visitors can this year see a new room in the palace.

The White Salon has been restored and will now be open to the public in the summertime. When the castle was completed in 1849, the White Salon was the Queen’s audience room. The room in white and gold was the Castle’s most expensive, in relation to its size.

The salon was completed for the state visit from the Netherlands in November last year, when it was used for gift exchange. The White Salon was also where that the official photos of Princess Ingrid Alexandra were taken on the occasion of her 18th birthday.

The room now looks like it did when it was originally finished. In the past, the room has had different purposes but had been left untouched for some time. By order of King Harald and under the direction of Queen Sonja, the room is now again incredibly beautiful.

The special project started in the Palace’s historical archive. Together with the Norwegian National Heritage Board, curators at the Royal Court, art historians and other skilled craftspeople worked on the room so that it was restored according to the original plans and drawings of castle architect Hans Ditlev Franciscus von Linstow.