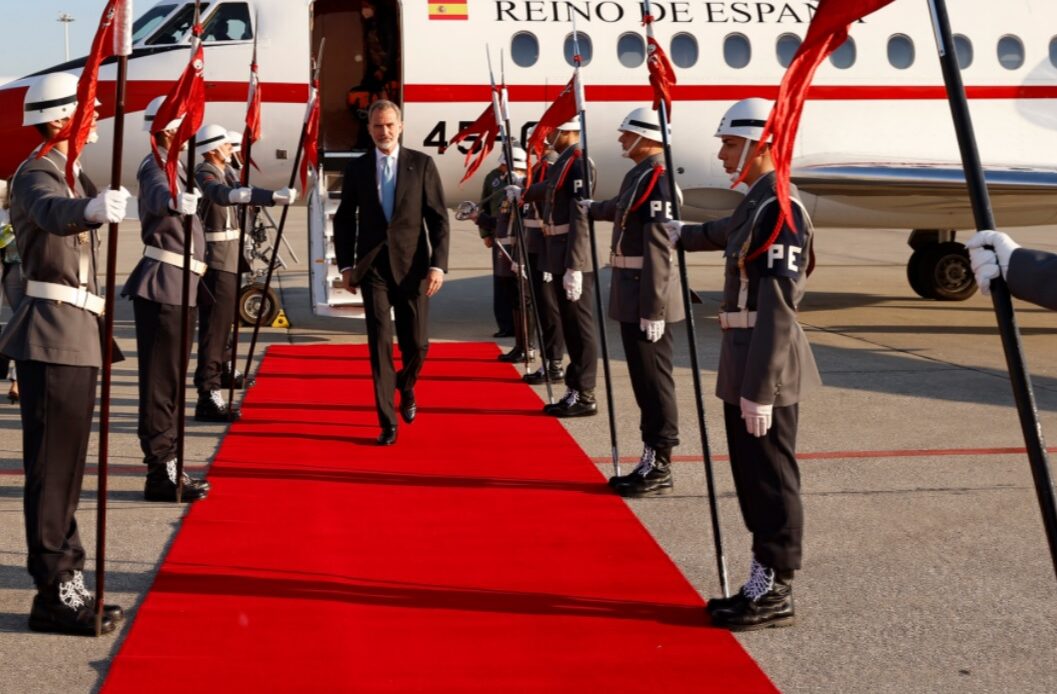 King Felipe of Spain has travelled to Portugal for the annual COTEC meeting, a private entity that promotes dialogue on innovation and international cooperation.

His Majesty left Spain from Madrid Barrajas-Adolfo Suarez airport, and landed in Oporto, where he was welcomed by the Spanish ambassador to Portugal and the Protocol Chief of the Presidency of the Republic of Portugal. King Felipe is traveling with the Minister of Economic Affairs and Digital Transformation.

The three countries are members of COTEC Europe, and their three respective heads of state are always present for COTEC meetings. The 2022 COTEC Europe conference is being held in Braga, in the north of Portugal.

On the evening of Tuesday, 3rd May, the three leaders sat at the head of a dinner offered by the President of Portugal to some of the delegations that arrived for the conference.

The actual work will be take place on Wednesday, 4th May, with the meeting titled “Culture meets innovation” taking place at the Circo de Braga Theatre, exploring, among others, aspects of cultural innovation such as: “the positive impact of local development on social inclusion and innovation”, “comparative advantages of the COTEC countries in creative and cultural activities, in the logic of an integrated Europe”, and “the role of culture as element that can bring together populations”.

COTEC Europe was founded in 2005, and is a private entity that exists in Italy, Portugal and Spain. The three countries rotate in hosting the annual meeting, which is attended by political personalities, business leaders and relevant actors of the innovation sector of all three member states.

The aim of the conferences is to debate relevant topics for the time and for the three member countries (all part of the Southern belt of Europe), always in the optics of innovation, but also the preservation of ancient patrimony. Past conferences, held in Málaga (Spain), Naples (Italy) and Mafra (Portugal) had Intangible Economy, Public Administration 4.0 and Jobs 4.0 as their central topics of discussion.