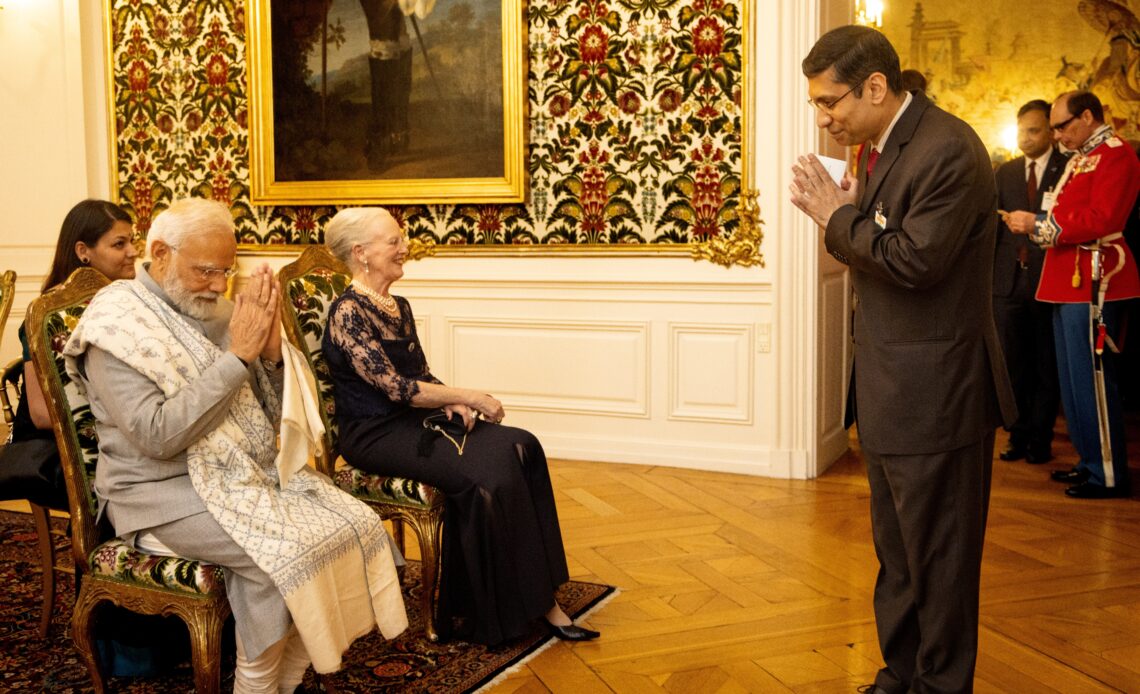 As part of a series of visits across Europe, the Indian Prime Minister, Narendra Modi, visited Denmark this week. During the official visit Prime Minister Modi attended an audience with Queen Margrethe II.

The Danish Queen met with the Indian Prime Minister in an audience on May 3rd 2022. The main purpose of the visit was for the Indian and Danish Prime Ministers to have talks. The two Prime Ministers discussed bilateral issues including trade between the two countries and cooperation on environmental action.

The audience with the Queen was followed by an official dinner in Christian VII’s Palace at Amalienborg. Crown Prince Frederik and Crown Princess Mary were also present at both the audience and the following dinner.

The dinner that was served during the evening had elements from both Danish and Indian and also French cuisine. Among other things, fresh spring asparagus was on the menu. Furthermore, chicken was also served in a French style, an Indian-inspired vegetarian dish with grilled scallions followed. For dessert, the guests were served rhubarb.