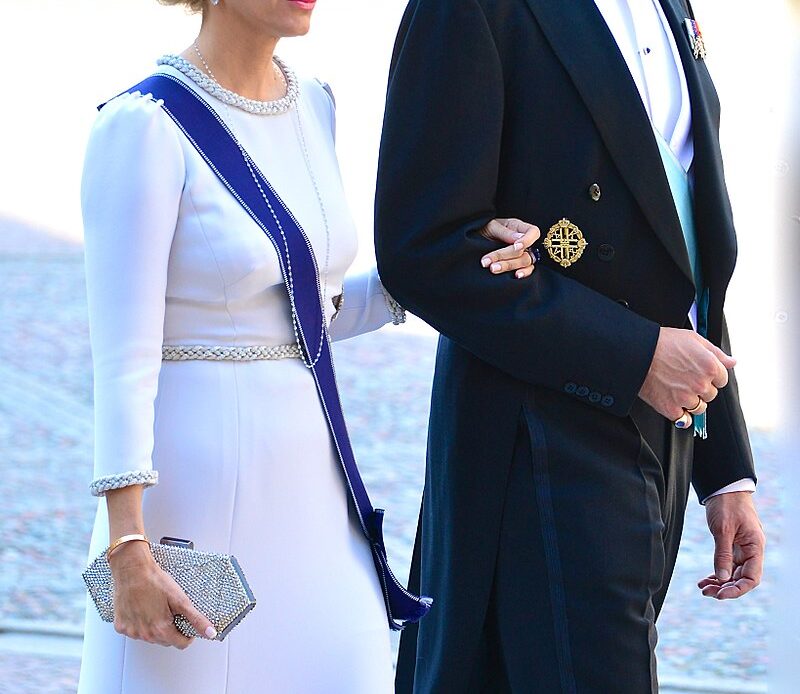 Many countries in the Mediterranean are burning, scorched by record high temperatures, and the many fires consuming the land threaten to become worse by the second as winds pick up and spread them.

Greece has been one of the most affected countries, registering an average of 43 C° (or 109.4 degrees Fahrenheit) over the last week.

Bushfires are menacing one of the most important archaeological sites in the world: Athen’s Acropolis. But in the outskirts of Athens is also located Tatoi Palace, the summer residence of the Greek Royal Family and home to precious documents and art pieces.

The palace has been evacuated under government orders in the early hours of Friday, the 6th of July, and it was reported that Prince Nikolaos – the second son of deposed King Constantine and Queen Anne-Marie – was inside supervising the evacuation process.

And the reactions of the main members of the Greek Royal Family didn’t follow the event by much. Both Crown Prince Pavlos and Crown Princess Marie-Chantal have used their Instagram accounts to express their sorrow and worry for the tragedy unfolding near the palace, but also to praise the courageous firefighters who are doing their best to try and save as much as possible.

Tatoi Palace is built on 42 square kilometres covered by wooden forests and plants, which is why flames are so closely threatening the palace.

Located in the south end of the estate, the Royal Tatoi Cemetery is the final resting place of many important figures in the European royal world, such as Prince Andrew of Greece (the Duke of Edinburgh’s father) or Queen Frederica of Hannover (King Constantine of Greece, Queen Sofía of Spain and Princess Irene of Greece and Denmark’s mother).

Crown Princess Marie-Chantal has remarked that her husband’s grandparents are buried there, in one of the most affected areas of the estate, and has expressed her pain in seeing the land that’s “in my heart always” be so devastated.

Crown Prince Pavlos has instead focussed his message on praising the brave men and women who are doing their job. In a post written in both Greek and English, the royal wrote: “I thank the brave firemen, the army and the volunteers for the continued attempt to help save Greece from the horrible fires. God bless you and thank you.”

Several people in the area around Athens have already lost their homes to the flames, and firefighters seem to be struggling to contain the flames that are currently menacing the capital of Greece.