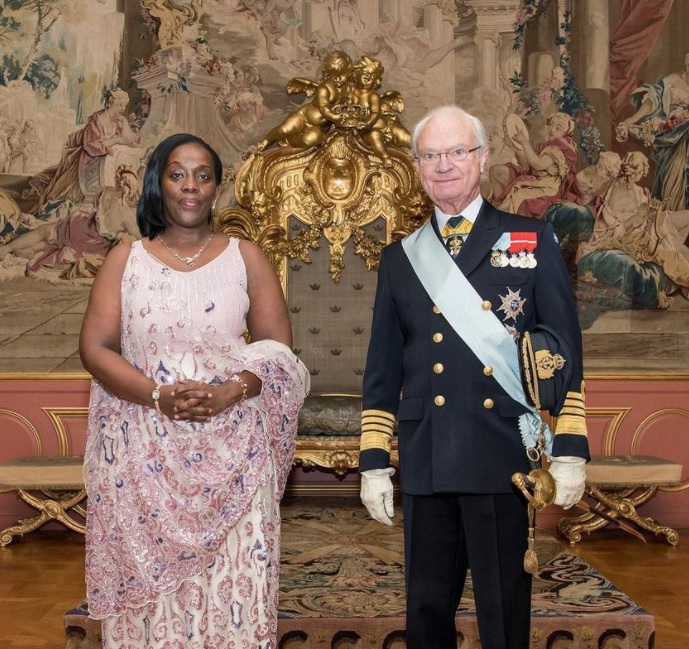 Receiving new ambassadors in audiences and thanking ambassadors who leave their posts is a long tradition among royalty in most nations. This week, His Majesty King Carl XVI Gustaf has dedicated two days to this very tradition.

On November 16th 2021, the Swedish monarch received the ambassadors from Uruguay and Cyprus in farewell audiences before the envoys return from Sweden to their native homelands. The King received Ambassador Sotos Liassides from Cyprus and Ambassador Santiago Wins from Uruguay in Princess Sibylla’s apartment at the Royal Palace in Stockholm.

The fact that a new ambassador to a country is given the opportunity to meet the head of state is an international practice and is always implemented. However, the ceremonies look different in different countries. The reception of the foreign envoys in Sweden follows an old ceremony and is quite unique in the world with its centuries-old traditions. The ambassador is usually picked up in one of the royal courts horse carriages at the Ministry for Foreign Affairs and driven to the Royal Palace. However, due to the prevailing pandemic, the ambassadors went in their own cars to the Royal Palace.

For about fifteen minutes the new Ambassadors meet the Swedish King for an informal conversation to strengthen the bond between the nations and to bring good luck for their work together. During the talk, the ambassador then hands over his letter of credence to the monarch. The King then signs the Swedish ambassadors’ credentials and thus the ambassador gets a formal right to operate in Sweden. After saying goodbye to the King, the ambassador leaves the castle the same way they entered. From the eastern entrance, the royal courts cars are waiting to take the ambassador back to his or hers residence.