The time The Queen Mother went missing during an official engagement 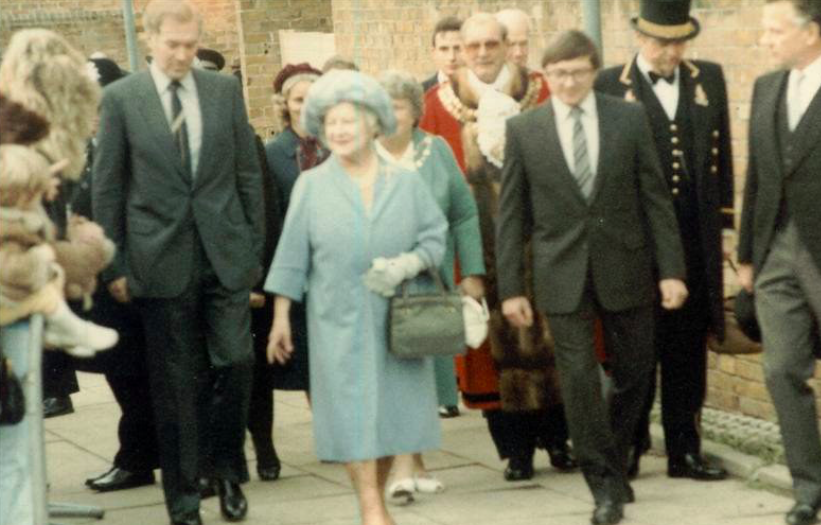 A long-serving Derbyshire police officer’s family have revealed some fascinating anecdotes about his service in the force, including the day that Queen Elizabeth The Queen Mother visited the county and ended up going missing.

Ian Parker served in the police force for more than three decades and shortly after the 88-year-old recently passed away, details of his encounter with The Queen Mother were revealed. When Queen Elizabeth visited Derby in 1977 to open the Assembly Rooms, not everything went to according to plan.

Ian Parker’s daughter, Jane Hart, told the Derby Telegraph, “They lost her! There was this operation to make sure she was ok and to make sure everything went smoothly. It was a big occasion, and I remember him feeling very proud and privileged to be taking part and getting involved with it.”

The Queen Mother’s visit to the Derby Assembly Rooms came in the same year that her daughter, Queen Elizabeth II, celebrated her Silver Jubilee and the same year in which Derby was granted city status.

Mrs Hart continued: “They were leading her around, and they were proud to have her come to the city. But they couldn’t find her. He told the story to me, and you could tell he was still feeling nervous about telling it years on because of what they must have gone through. I think quite a few officers were sent to find her, and my dad found her in the bar having a drink.

“The Queen Mother was quite known for enjoying a tipple, and she did when she came to Derby.”