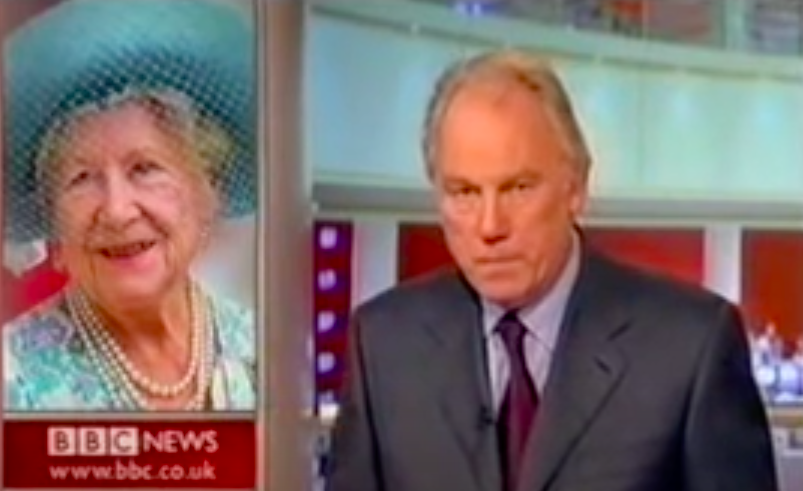 Peter Sissons was a BBC newsreader who worked on some of the biggest royal stories of the 20th and 21st centuries in his role as one of the UK’s leading newscaster.

His most high profile involvement with royal stories came in 2002 when he was working the BBC on the afternoon that the Queen Mother died. Peter Sissons broke the news of her passing to BBC audiences but did so in a grey suit and deep burgundy coloured tie, rather than wearing black.

The controversy that followed was addressed by the journalist years later in his memoirs when he claimed he’d been told by senior figures working at the BBC not to ‘go overboard’ as he went on air to make the formal announcement the death of the Queen Mother, who passed away on March 31st 2002 at the age of 101. However, immediately following that broadcast, Peter Sissons faced angry criticisms from some who felt his suit, tie and attitude had been at odds with the nature of the news he was broadcasting. He himself confided that the time he had to prepare for the broadcast was so short that he hadn’t made the announcement as well as he might.

In the same book, the journalist also revealed how he had dealt with another of the big royal stories he had covered, the death of Diana, Princess of Wales. He was called early on the morning of August 31st 1997 to come into work to take over as the BBC’s newsreader as its rolling coverage of the death of Diana continued. Peter Sissons later said ”It was by far the most compelling and multi-faceted news story I was ever called upon to handle”.