The symbolic sword that is always presented when the Royal Family heads to St. Paul’s 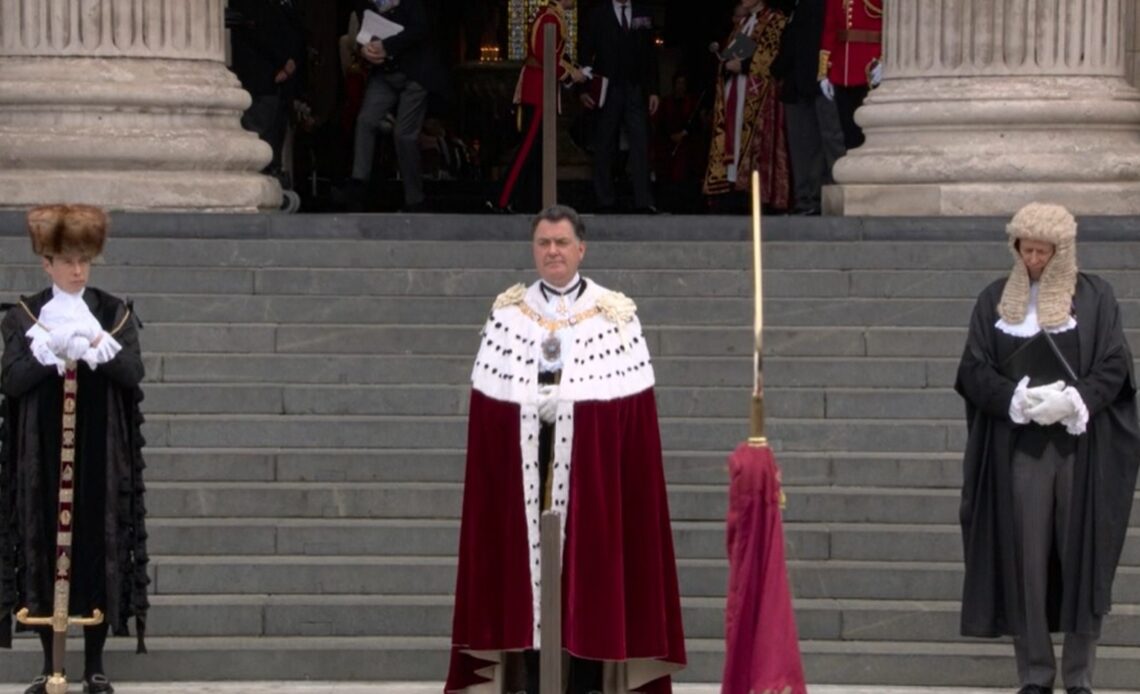 While members of the Royal Family are always greeted warmly whenever they visit St. Paul’s Cathedral, there is also an important tradition that takes place.

When the Monarch enters the City of London in State, they are welcomed by the Lord Mayor of London with the Pearl Sword which they then touch. When The Queen touches the hilt, it is meant to be a representation of her authority over the city.

The Pearl Sword is almost a metre long and four and a half centimetres wide with a 27cm hilt. The sword’s scabbard that dates back to the early nineteenth century is covered in 2500 pearls, henceforth the name. Two thirds of the sword is etched with different designs, including the city arms and a sailing ship.

Traditionally it is thought that the sword itself was a 1571 gift from Queen Elizabeth I to the City of London to celebrate the opening of the Royal Exchange. The sword would be given to the monarch when they reached the city boundary and then returned when they left.

However, in 1641 King Charles I was offered the sword but immediately returned it to the Lord Mayor. After that meeting, the ceremonial touching of the sword continued.

The Queen has taken part in this ceremony countless times, including at her DIamond Jubilee in 2012.