The Queen makes surprise appearance to open the Elizabeth Line 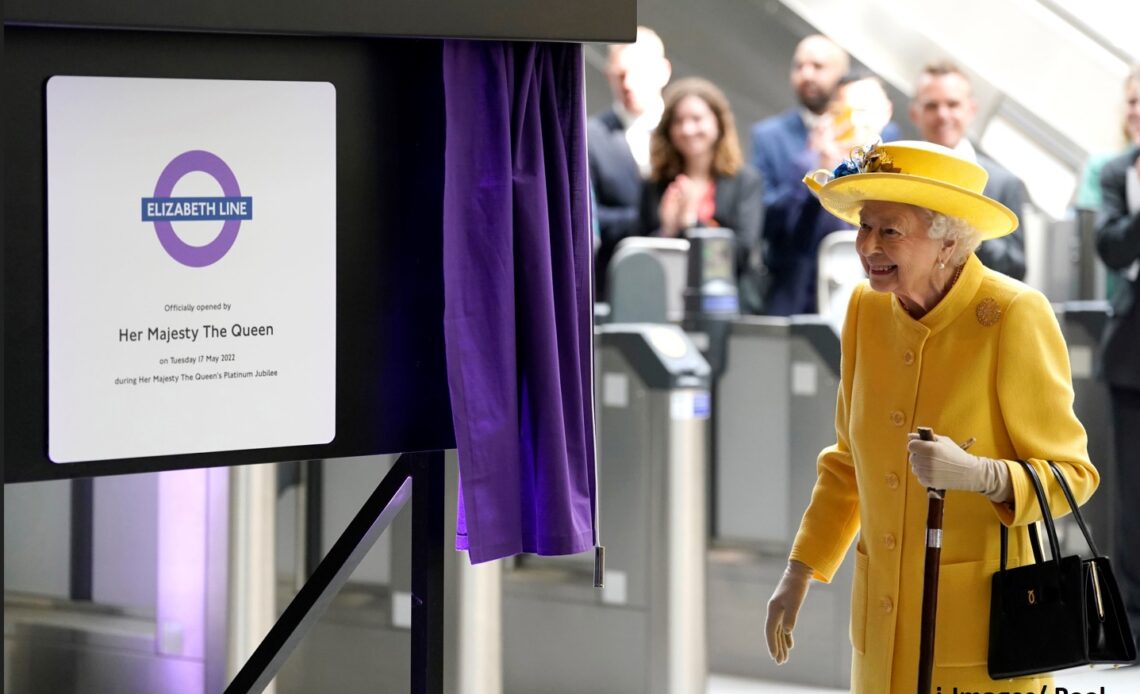 The Queen undertook a surprise public engagement in London, joining her youngest son for the completion of the Elizabeth Line, a rail line name in her honour.

Buckingham Palace released a statement saying that The Queen, “In a happy development,” would be able to join the Earl of Wessex to mark the completion of the Elizabeth Line.

Buckingham Palace continued, “Her Majesty was aware of the engagement, and the organisers were informed of the possibility she may attend.”

Joining The Queen and Prince Edward were UK Prime Minister Boris Johnson, Mayor of London Sadiq Khan, and the TfL (Transport for London) Commissioner Andy Byford. In a notable moment, The Queen was presented with an Oyster card topped up with £5 and shown how to use it when boarding the rail line.

The Queen also unveiled a plaque noting that the Elizabeth Line had been completed, with her name on it. One had been prepared with Prince Edward’s name in case he attended the engagement on his own, and attendees were alerted that a last-minute change-up was about to happen when the plaque bearing his name was swapped for one bearing The Queen’s name while out and the easel was lowered to The Queen’s height.

The Queen was invited to take a ride on the Elizabeth Line but declined, though Prince Edward hopped on board and rode to Tottenham Court Road and back.

Prime Minister Boris Johnson told reporters, “We were all incredibly touched and moved and grateful to Her Majesty for coming to open the Elizabeth line today. It was fantastic to see her.”

Concerns about The Queen’s physical wellbeing have been paramount in recent months. Problems with her mobility have led to Her Majesty deciding on the morning of an engagement whether or not she will be able to attend.

This year, The Queen has made just a handful of public appearances. She attended the Duke of Edinburgh’s memorial service at Westminster Abbey in March and was at the first big event of the Platinum Jubilee celebrations, the Royal Windsor Horse Show just days before her engagement in London. However, she had to miss the State Opening of Parliament, for only the third time in her reign. For the first time, the Prince of Wales read The Queen’s Speech. Prince Charles and Prince William opened Parliament as Counsellors of State.

The Elizabeth Line will officially open to the public next week on 24 May.