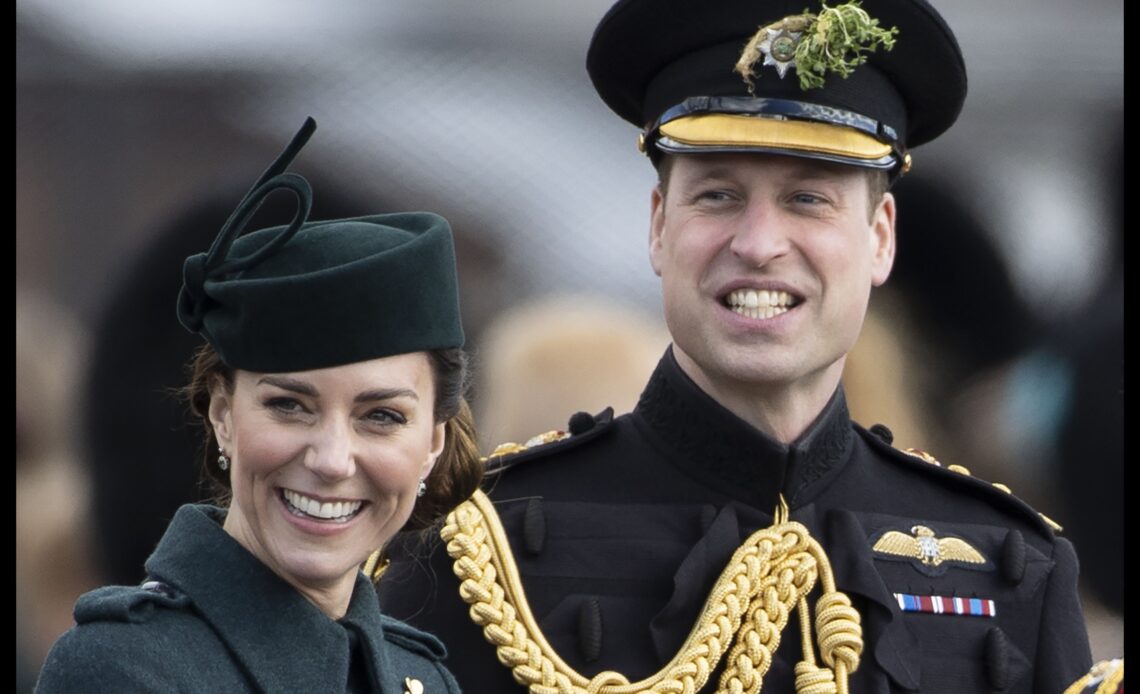 The Duke of Cambridge has presented new colours to the 1st Battalion Irish Guards as Windsor Castle.

William, who has served as Colonel of the Irish Guards since 2011, oversaw the ceremony at the Quadrangle at Windsor Castle, with around 450 soldiers involved.

Before presenting the new colours, William inspected the front rank of the Irish Guards. He then gave a speech, saying, “I am honoured as your Colonel, to be representing Her Majesty The Queen today, and to present your tenth set of new Colours in the Platinum Jubilee year of The Queen, your Colonel-in-Chief.”

He continued, saying: “I am immensely proud of what you have achieved,” going on to speak of those who have served on operational tours in Afghanistan, Cyprus, South Sudan, Kosovo and Iraq as well as those who have represented The Queen on ceremonial and public duties and the Regimental units.

The last time the Irish Guards were presented with new colours was in 2009.

The Duke of Cambridge also touched upon the Platinum Jubilee, which will see the Irish Guards on full display next month as the regiment has been chosen to troop their colour for The Queen.

“In this historic Platinum Jubilee year, we rightly celebrate your many achievements,” William said.

“I know that Her Majesty is looking forward to seeing these new colours trooped during Her Official Birthday Parade next month. I also know they will inspire you and your successors to emulate the deeds of the Irish Guardsmen who have gone before as you continue to serve our Nation, in conflict or in peace, at home and abroad.”

Before leaving, the Duke joined a reception to meet with officers and posed for a photograph of the Irish Guards’ Officers and Warrant Officers.

In a tweet, William followed up his praise: “I know they will inspire you and your successors to emulate the deeds of the Irish Guardsmen who have gone before as you continue to serve our nation, in conflict or in peace, at home and abroad.”