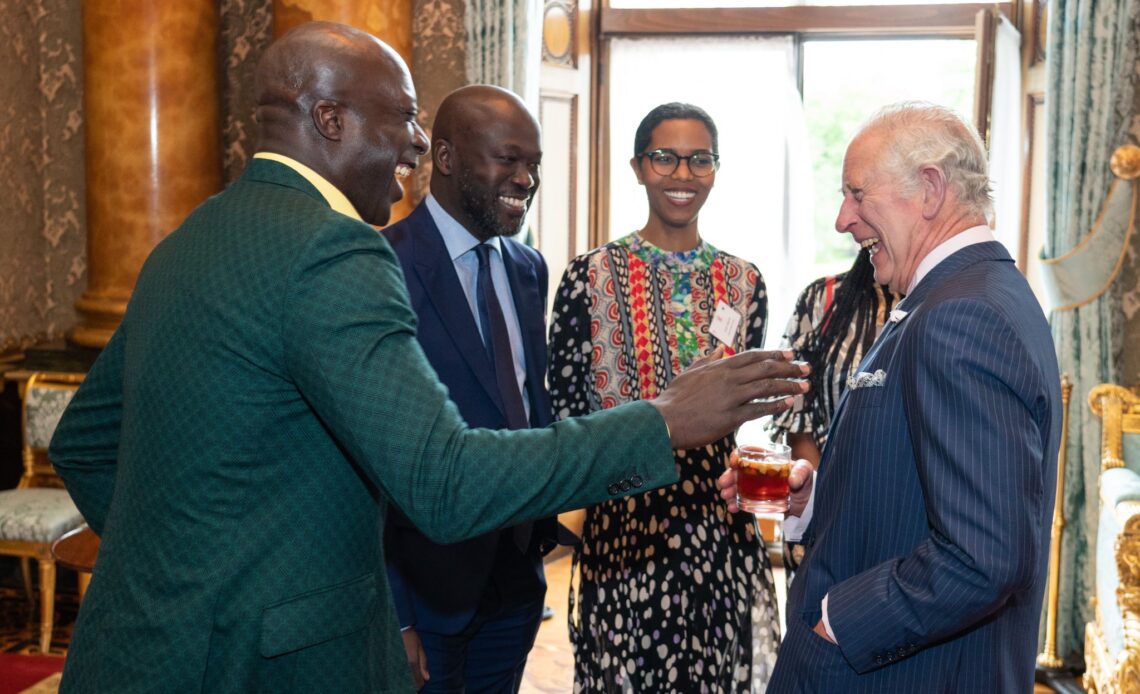 Welcoming around 500 guests, Prince Charles and Camilla met people from across the Commonwealth who are now based in the UK, including the High Commissioners of some countries and representatives from the arts, charity, educational, health and business sectors. Prince Charles’s Prince’s Trust International and British Asian Trust were also represented.

The reception comes as Prince Charles is poised to officially represent The Queen at CHOGM, though he has taken part in past meetings dating back to 1997. Ahead of their visit to Rwanda later this month, Prince Charles released a statement:

“My wife and I much look forward to meeting Commonwealth leaders and, for the first time, being able to visit Rwanda. Over the years, I have learned a great deal from the ideas, concerns and aspirations which people across the Commonwealth have so generously shared. I have been struck, time and again, by how many common threads there are between us. Too many members of the Commonwealth are amongst the world’s most climate-vulnerable countries. As two out of three Commonwealth citizens are under the age of thirty there is a pressing need to find opportunities for our young people. Taking shared responsibility to solve problems like these means the Commonwealth has the potential to make a profound difference in the lives of its citizens—and, in so doing, to be an unparalleled force for good in our world.”

Clarence House announced on June 9 2022 that Prince Charles and Camilla will undertake engagements that focus on issues facing Commonwealth countries, like “climate change; supporting biodiversity and the regeneration of land; economic development; opportunities for the young; and gender equality.”