Who is Princess Madeleine of Sweden? 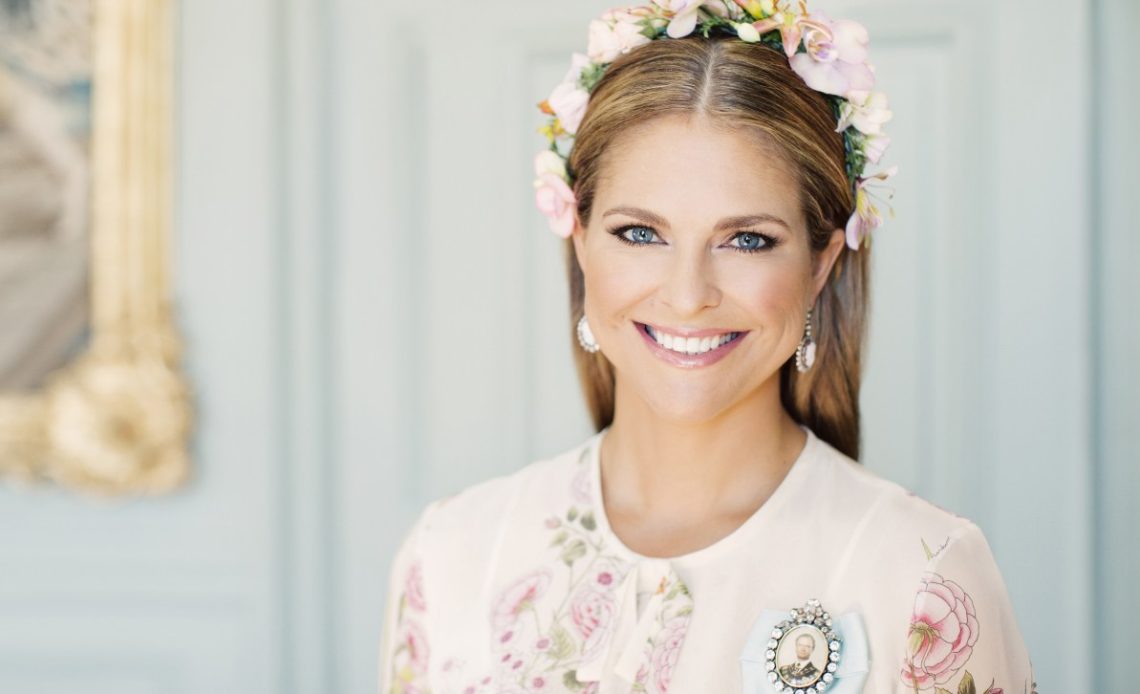 She was born Madeleine Thérèse Amelie Josephine on 10 June 1982 at Drottningholm Palace in Drottningholm, Sweden, as the youngest of King Carl XVI Gustaf and Queen Silvia‘s three children. She is the only one of the King and Queen’s children that Carl Gustaf was present for the birth. Her father named her Duchess of Hälsingland and Gästrikland soon after. At the time of her birth, she was third in the line of succession to the Swedish throne after her older sister, Crown Princess Victoria and older brother, Prince Carl Philip.

Currently, Madeleine ranks seventh in the line of succession after her older siblings and their children. In order, the succession now stands after King Carl XVI Gustaf: Crown Princess Victoria, Princess Estelle, Prince Oscar, Prince Carl Philip, Prince Alexander, Prince Gabriel, and then Princess Madeleine. She was christened on 31 August 1982 in the Royal Chapel inside Stockholm Palace. Her godparents were her paternal aunt, Princess Christina; maternal uncle, Walther Sommerlath; and paternal cousins, Princess Benedikte and Andreas, Prince of Saxe-Coburg and Gotha.

In 1985, Madeleine began her schooling at Västerled Parish Preschool. By autumn of 1989, she had entered Smedslättsskolan in Bromma for her junior education. For her intermediate level education, she began studying at Carlssons School in Stockholm in 1989. In 1998, HRH entered Enskilda Gymnasiet for her senior education in a social science programme. By 2001, Princess Madeleine had completed her secondary education and moved to London to study English. The next year she began studying law. Spring 2003 brought Madeleine back to Stockholm where she began her education at the University of Stockholm. By January 2006, Princess Madeleine had successfully completed her university requirements and graduated with a Bachelor of Arts in art history, ethnology, and modern history.

She returned to the University of Stockholm in late 2006 for postgraduate studies regarding organisation and leadership. This was to benefit and further her education in international humanitarian work. Also that year, Madeleine completed a six-month internship with UNICEF in New York City. The Swedish Royal Court stated that she “focused on areas of work that included children in institutional care, children in areas of conflict and vulnerability, and sexually exploited children” during this internship. Her Royal Highness began working for a charity that her mother, Queen Silvia co-founded: the World Childhood Foundation in autumn 2006. This took her to Ukraine and Russia for follow-up work. Autumn 2010 brought her to the United States where she worked in the New York office for the World Childhood Foundation until she moved back to Europe in 2015.

Madeleine met and began dating Jonas Bergström in 2002, and he proposed in June 2009 in Capri. They were due to be married in late 2010, after her sister’s wedding to Prince Daniel on 19 June 2010. However, rumours began circulating that the couple were having relationship issues regarding Bergström’s infidelity, but the Royal Court denied it. On 24 April 2010, the Royal Court announced that the couple had broken off their engagement as Madeleine was on a plane to escape Sweden after the announcement. Her Royal Highness then moved to the United States to work for the World Childhood Foundation in New York City.

It was in New York that she met her future American-British husband, Christopher “Chris” O’Neill in late 2010 through mutual friends. On 25 October 2012, it was announced by the Swedish Royal Court that Madeleine was engaged to Christopher. The wedding took place in Stockholm Palace at the Royal Chapel on 8 June 2013.

Their first child, Princess Leonore, was born on 20 February 2014 in New York City. Their son, Prince Nicolas, followed on 15 June 2015 in Stockholm. Chris later stated in an interview that he and the Princess want one or two more children in the future; they announced in late 2017 that they were expecting their third child. On 9 March 2018, their daughter, Princess Adrienne was born in Sweden.

Madeleine, Chris, and Leonore moved back to Sweden in February 2015. By October of that year, the family had relocated to London to be closer to Christopher’s work. Madeleine has continued to work as patron of the World Childhood Foundation and travels to Sweden for official events and to support her other patronages like Min Stora Dag (My Big Day in English).

Princess Madeleine is fluent in English and German, along with her native Swedish. She can also speak French at an intermediate level. The Princess and her husband were known to speak in German to one another while in the United States to keep people from eavesdropping.

Her Royal Highness has a Facebook account where she posts updates on her charity work and gives insight into her private life at home with her children and other family. A notoriously private person, Madeleine has called out the paparazzi in the past for images they have taken of her and her family that ended up published in magazines. She is known to post personal snaps of her children on her page as a way to keep the paparazzi at bay. She started a public Instagram account in 2018, as well.