The Platinum Jubilee Medal is unveiled 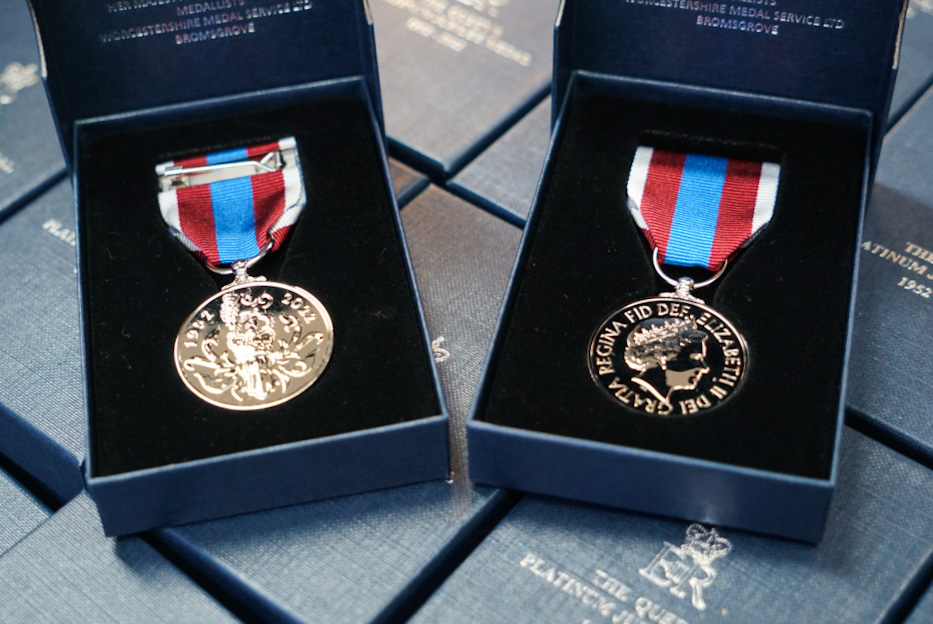 The design of a special medal marking The Queen’s Platinum Jubilee has been revealed.

The medal will be presented to frontline emergency workers and members of the military who have been in post for five years or longer in 2022 as a token of gratitude from the nation as part of celebrations marking the 70th anniversary of The Queen’s reign. It will also be given to all living recipients of the Victoria Cross and George Cross.

Designed by Timothy Noad of the College of Arms, it features a portrait of The Queen on one side and the Royal Crest on the other. It bears the inscription ‘Elizabeth II Dei Gratia Regina Fid Def’ which translates as ‘Elizabeth II, By the Grace of God, Queen, Defender of the Faith’.

Nadine Dorries, the Culture Secretary, said ”Her Majesty The Queen’s Platinum Jubilee is a wonderful opportunity to recognise the dedication and service of those who, like The Queen, tirelessly serve our country.”

Those eligible for the medal will be notified and don’t need to apply to receive it. Those in line for it include serving members of the Armed Forces who have completed five full calendar years of service by February 6th 2022 and members of frontline emergency services, whether paid or voluntary, who have completed the same half decade of service by the anniversary of The Queen’s accession. Publicly employed prison services personnel who regularly deal with difficult situations are also eligible as are all those still living who have been awarded the George Cross or the Victoria Cross.

The Platinum Jubilee Medal will also be presented to all members of the Royal Household with a year or more of qualifying service.

Jubilee medals have a long history in Britain with the first being awarded in 1887 to mark the 50th anniversary of the reign of Queen Victoria.

The Queen marks the 70th anniversary of her reign on February 6th 2022, the first time a British Monarch has reached that milestone. She will keep that date privately as it is also the anniversary of the death of her father, King George VI. The main celebrations for the Platinum Jubilee take place between June 2nd and June 5th 2022.