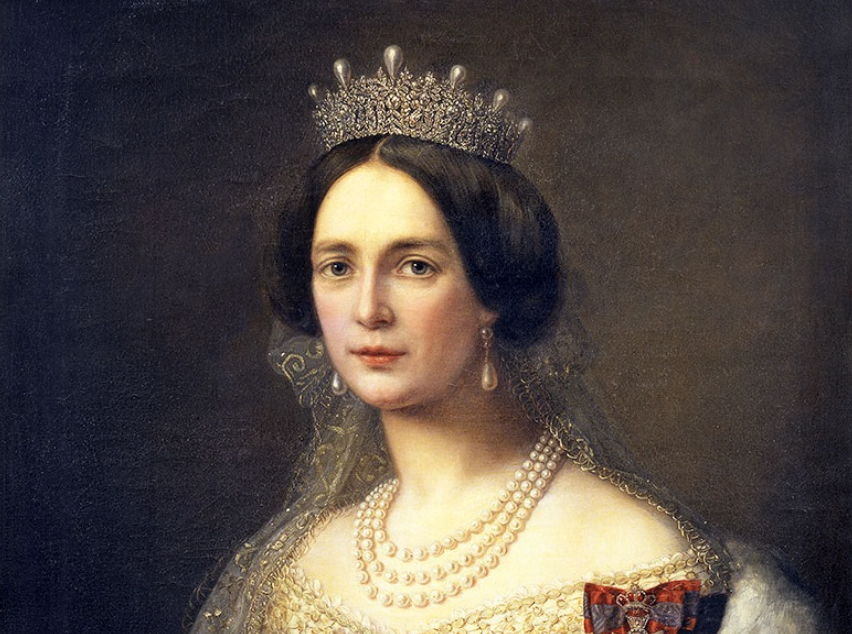 A historic pearl and diamond necklace worn by a Swedish Queen will be going up for auction in Hong Kong on 12 October.

This 19th-century necklace, formally known as the Leuchtenberg Necklace, is thought to be made by jeweller Marie-Étienne Nitot, the founder of the House of Chaumet. Sotheby’s describes the necklace as “composed of two strands of natural pearls measuring from approximately 6.25 to 8.45mm, suspending seven detachable drop-shaped natural pearls.”

Pearls have long since been a sought-after jewel. Royalty across the centuries have worn pearls, including Queen Elizabeth I in several different portraits (to mark her purity), Queen Marie-Antoinette, and even Qing Emperors.

Interestingly the Swedish Royal Family themselves put the necklace up for auction in 1995. It was put up for the second time in 2014 and now returns for a third in 2021.

Uni Kim, Specialist Jewellery Department at Sotheby’s, speaks to why this necklace is so unique: “It is so very special to be able to appreciate a historical pearl necklace together with the portrait of The Queen wearing the same jewel.”

While the necklace was initially auctioned by Sotheby’s in Geneva, it will now be sold in Hong Kong. Kim notes that “[c]ollectors in Asia are finding jewels of history more important than before, especially those with Imperial provenance. With this necklace, we are able to own a piece of history while also appreciating the rarity of these natural pearls.“

While the necklace originally belonged to Princess Augusta-Amelia of Bavaria, the daughter-in-law of Empress Joséphine Bonaparte, it was given to Augusta’s daughter, also Joséphine, who became the Queen of Sweden and Norway when Crown Prince Oscar inherited the throne after their marriage. She can be seen wearing the necklace in an 1820 portrait by artist Joseph Karl Steiler.