The long royal links of a simple tribute: The Fields of Remembrance 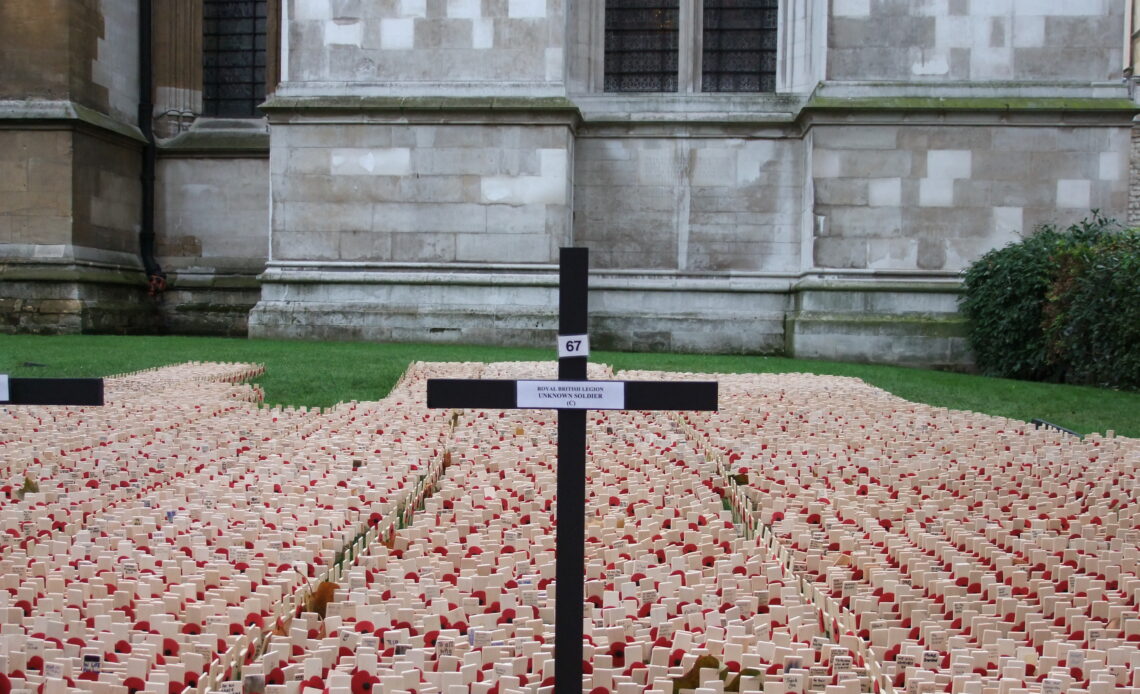 For eight days from the morning of the Thursday before Remembrance Sunday until the evening of the following Thursday, the law of St Margaret’s Church, Westminster between Westminister Abbey and the Houses of Parliament is marked out with 250 plots for regimental and armed services associations. Participants are able to buy a wooden token (originally known as remembrance crosses) to be decorated with a remembrance poppy. The token is generally marked with the name of someone who was killed in action. Initially, the Poppy Factory took a group of wounded veterans, a tray of poppies, and a collecting tin to the grounds of St Margaret’s, where only a handful of poppies were planted around a single cross. Fast forward to modern times, that tradition has changed to tens of thousands of poppies being planted every year.

The Royal Family has been linked to the Poppy Factory since 1922 when the company began making poppies for the Royal British Legion and the family itself. In 1924, The Prince of Wales (Edward VIII) visited the factory and ordered a large royal wreath for the Cenotaph. This visit would mark the factory’s long-standing connection with the family. At the time, the factory was producing about 27 million poppies, and there was a long waiting list for prospective injured ex-servicemen wanting employment. The factory team now consists of 24 veterans and their dependents, a number of whom have been with the organisation for more than 40 years.

The Duchess of Cornwall serves as Patron of the Poppy Factory and has held the role since 2013. At the opening of the fields in 2020, Her Royal Highness was joined by a small number of clergymen and Defence Secretary Ben Wallace. Visiting graves and plots at Westminister Abbey, the Duchess laid a large cross of her own. The Duchess has a close connection to the Armed Forces as her father was a captain in the 12th Lancers and served in World War II.

The event was formerly attended by the Duke of Edinburgh and in 2013, the Duke of Sussex began serving as a representative of the Royal Family. Since the Duke has stepped back from official royal life, the Duchess has now stepped in to fill his shoes. Over the years, The Queen has paid personal visits to the factory, including in 1946, 1962, 1992, and of most recent, in 2012.

The 2021 Field of Remembrance will officially be open from Thursday, 11 November and will be accessible to the public from 1pm to 4pm. From Friday, 12 November until Sunday, 21 November, the Field is scheduled to be open from 10am to 4pm. Members of the public are invited to lay their own crosses. Proceeds from the Field will be given to the Royal British Legion’s Poppy Appeal.