Who is Hereditary Grand Duke Guillaume? 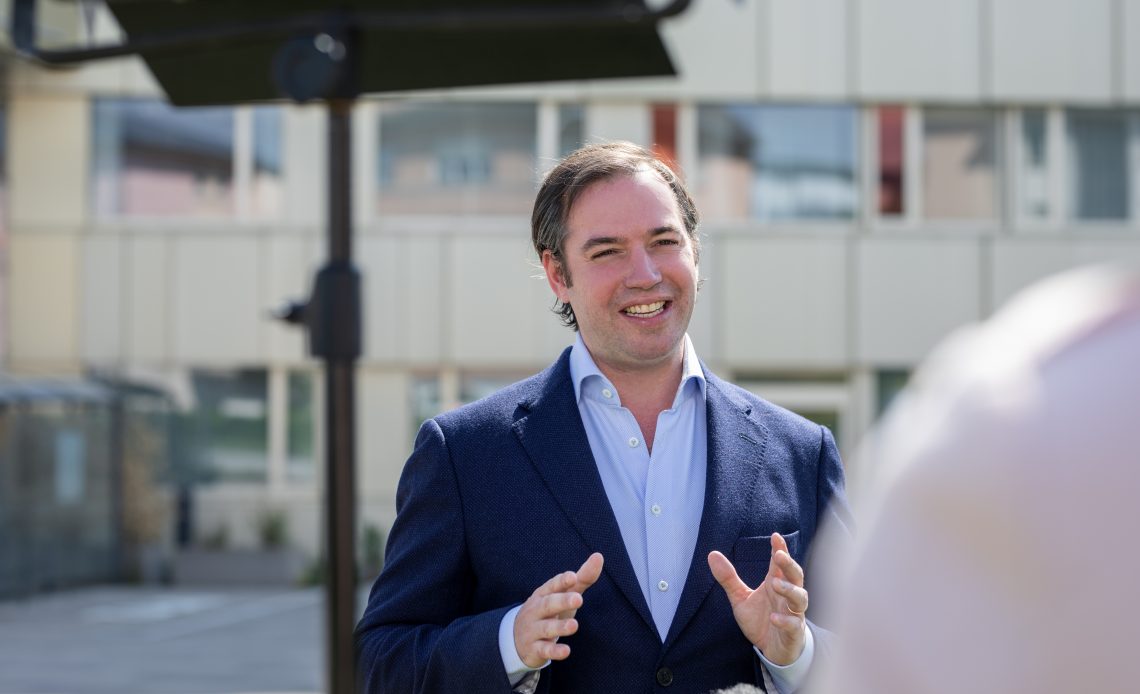 Born on 11 November 1981 in Luxembourg City’s Grand Duchess Charlotte Maternity Hospital, Prince Guillaume Jean Joseph Marie is the first child of Henri, Grand Duke of Luxembourg and Maria Teresa, Grand Duchess of Luxembourg. He has four siblings: Prince Félix (b.1984), Prince Louis (b. 1986), Princess Alexandra (b. 1991) and Prince Sébastien (b. 1992).

He was christened into the Roman Catholic Church on 2 December 1981 at the Grand Ducal Palace with his paternal aunt and uncle (his father’s siblings) Princess Marie Astrid of Luxembourg and Prince Guillaume of Luxembourg serving as godparents.

His education was at the Lorentzweiler school and Lycée Robert-Schumann in Luxembourg before studying at the Swiss Institut Le Rosey boarding schools and Alpine College Beausoleil. His Royal Highness obtained his French baccalaureate in 2001 from the latter.

Just a year prior, Prince Guillaume was made Hereditary Grand Duke upon his father’s accession in 2000 when his grandfather, the late Grand Duke Jean abdicated.

He also completed his military education at Sandhurst in the UK. The Prince joined the Luxembourg Army in December 2002 and currently ranks as a colonel.

For his university education, he studied international politics in the UK at University College, Durham and Brunel University before travelling to France to study the subject and participate in major geopolitical events. It was during this time, in 2005, that he was made a member of the Council of State. Guillaume would receive his bachelor’s degree with honours from the French University of Angers in 2009.

The Hereditary Grand Duke has spent considerable time studying in preparation for his future role as Grand Duke of Luxembourg. Besides undertaking official and economic visits on behalf of his father across the globe, Guillaume attends plenary sessions as well as various committees. His Royal Highness has also interned with organisations like the Belgian Chemical Union and Deutsche Bank. He also worked with the Spanish branch of Arcelor-Mittal, a steel group.

His charitable work includes the promotion of social and cultural life of Luxembourg, education for young people, the World Scout Foundation, the Kräizbierg Foundation, and the “Europäische Stiftung Kaiserdom zu Speyer” Foundation.

The Hereditary Grand Duke’s patronages include Special Olympics Luxembourg, the  “Federation of Luxembourg Cycling Sport”, and the Chamber Orchestra of Luxembourg, among others. He is also one of the four administrators of the Foundation of the Grand Duke and Grand Duchess of Luxembourg.

He revealed he was in a relationship during an interview for his 30th birthday in 2011 but did not reveal with whom. The following year, on 26 April 2012, the Grand Ducal Court announced his engagement to Belgian Countess Stéphanie de Lannoy. They married in a civil ceremony on 19 October 2012 in Luxembourg and a religious ceremony the following day at Notre-Dame Cathedral in Luxembourg City.

The couple announced they were expecting their first child in 2019. Their son, Prince Charles, was born on 10 May 2020, in the midst of the global COVID-19 pandemic, at the Grand Duchess Charlotte Maternity Hospital in Luxembourg. The family left the hospital two days later and returned to Fischbach Castle.

The first pictures of the new little prince were released the same day.