The Duke and Duchess of Cambridge attend the inaugural Earthshot Prize 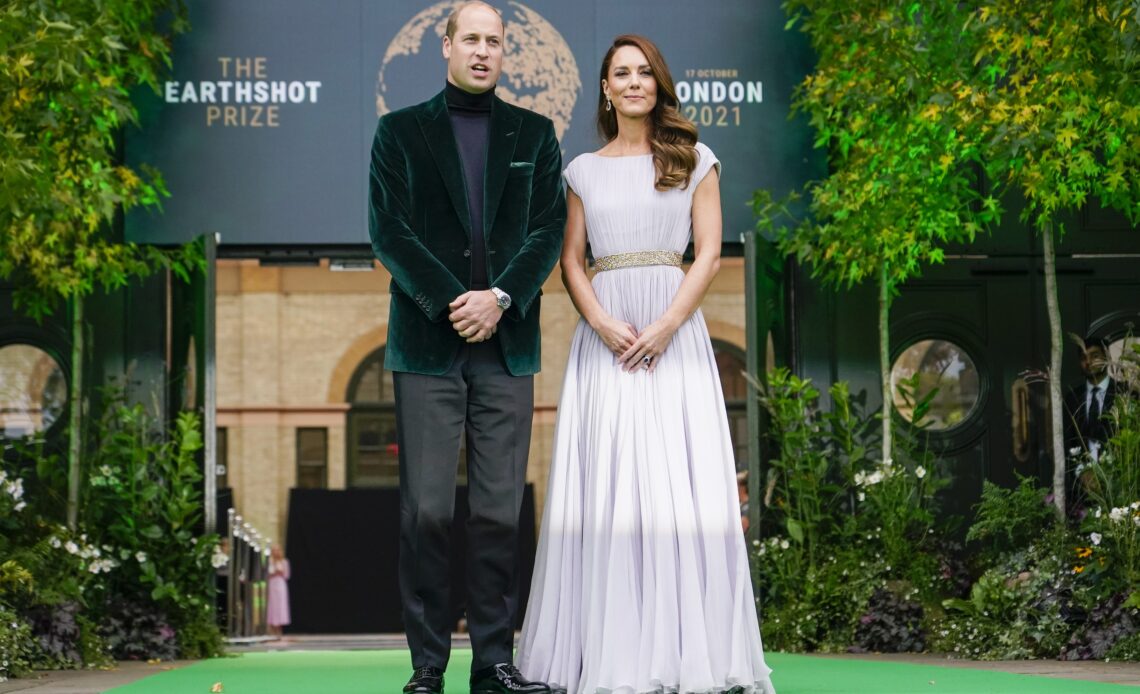 The Duke and Duchess of Cambridge have attended the inaugural Earthshot Prize ceremony in London, where five innovators were rewarded with £1 million towards an idea to help save the planet.

Hosted at the famous Alexandra Palace in London, William and Kate joined famous faces at the ceremony on October 17th 2021, with the event broadcast by the BBC and Discovery. The Earthshot Prize’s inaugural awards recognised five winners for their contributions to saving the planet.

The winners of the first ever Earthshot Prizes are the Republic of Costa Rica (Protect & Restore Nature Earthshot), Takachar (Clean Our Air Earthshot), Coral Vita (Revive Our Oceans Earthshot), the City of Milan (Build a Waste-Free World Earthshot), and AEM Electrolyser (Fix Our Climate Earthshot).

In a short film aired during the awards, William said: “We are alive in the most consequential time in human history… The actions we choose or choose not to take in the next ten years will determine the fate of the planet for the next thousand.

“A decade doesn’t seem long, but humankind has an outstanding record of being able to solve the unsolvable.

“Many of the answers are already out there… but we need everyone – from all parts of society – to raise their ambition and unite in repairing our planet.

“The future is ours to determine. And if we set our minds to it, nothing is impossible.”

The Earthshot Prize ceremony was hosted by Clara Amfo and Dermot O’Leary and featured a special message from environmentalist Sir David Attenborough, who said, “Our finalists all give us hope which, we are told, springs eternal. But we don’t have eternity. We need to do this now.  And over the next ten years, if we all put our minds to it, I believe we can.”

During the broadcast, William also announced that the 2022 Earthshot Prize ceremony will take place in the United States, in a city yet-to-be-announced, though online commentators are speculating that, given the Earthshot’s inspiration by President John F. Kennedy’s Moonshot, the location could be related to the late President somehow.

William ended the prize ceremony with a message to the world’s young people: “I want to say something to all the young people watching tonight. For too long, we haven’t done enough to protect the planet for your future – but Earthshot is for you.

“In the next 10 years we are going to act. We are going to find the solutions to repair our planet. Please keep learning, keep demanding change, and don’t give up hope. We will rise to these challenges.”