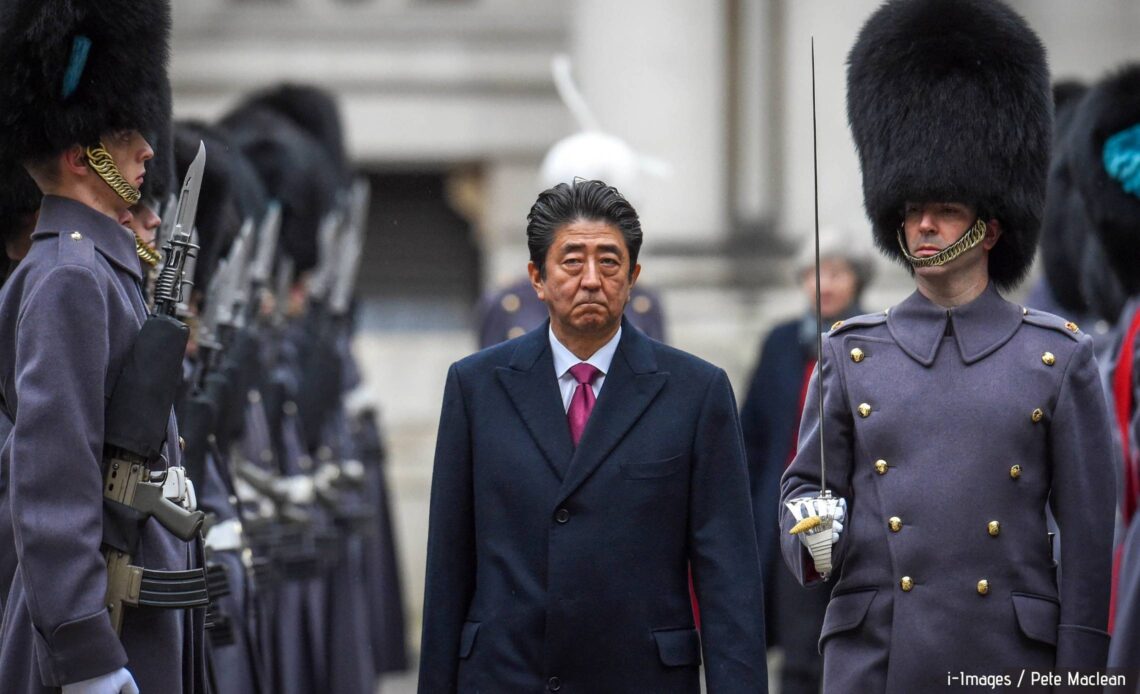 Royals across the globe have remembered Japanese Prime Minister Shinzo Abe after his assassination and expressed their horror and sympathy at his death.

The Duke of Cambridge wrote a message on Twitter saying: “I’m deeply saddened to learn of the death of Japan’s former Prime Minister Shinzo Abe. A true statesman and committed leader. I won’t forget the warmth and generosity he extended to me during my visit to Japan in 2015. My thoughts are with his family and the people of Japan.”

King Willem-Alexander and Queen Máxima of the Netherlands also reacted, writing a message on the monarchy’s website: “We were deeply saddened to learn of the fatal attack on former Japanese Prime Minister Shinzō Abe. We have warm memories of our contacts with him, during bilateral visits and through the UN. Our thoughts go out to his family on this sad day.”

King Felipe and Queen Letizia of Spain also sent a telegram of condolences to the Emperor of Japan, Naruhito. They expressed their deep regret for his death and condolences on behalf of themselves and the Spanish people.

King Abdullah of Jordan, one of the first to comment, also took to Twitter to extend sympathy and called the Prime Minister “a true friend.”

The King wrote: “Profoundly shocked and saddened over the loss of my dear friend former Prime Minister Abe Shinzo in this heinous attack. The world lost a great leader, and Jordan and I lost a true friend. Our deepest condolences to his family, and the people and government of Japan.”

Margareta, the Custodian of the Romanian Crown, sent a personal letter to the Emperor to share her condolences and support for the Japanese people.

King Salman and Crown Prince Mohammed of Saudi Arabia sent their sympathy to Japan’s current Prime Minister, Fumio Kishida, but details have not been made public.

Queen Margrethe II of Denmark sent the following condolences to Emperor Naruhito of Japan: “It is with deep concern that I have learned about the tragic death of former Prime Minister Shinzo Abe. My thoughts and sympathy are with his family, Your Majesty and the people of Japan.”

The King and Queen of Bhutan shared the following message: “We are deeply saddened by the tragic loss of Japan’s former Prime Minister Shinzo Abe San. He was a dear friend of Bhutan, and he will be remembered by the world as a visionary and distinguished leader, who served his country and people with great distinction. We send our deepest condolences to Mrs Abe and the people of Japan. Our thoughts and prayers are with you.”

Shinzo Abe, 67, was the longest-serving Japanese Prime Minister until 2020, when he left office due to declining health. He was shot and killed by a man while campaigning in Nara, Japan. The assassin, who used a homemade gun, shot at Abe twice, with the second bullet proving fatal as it struck him in the heart. He died in hospital later that same day on 8 July.