Royal authors: A look at the royals and the books they’ve written 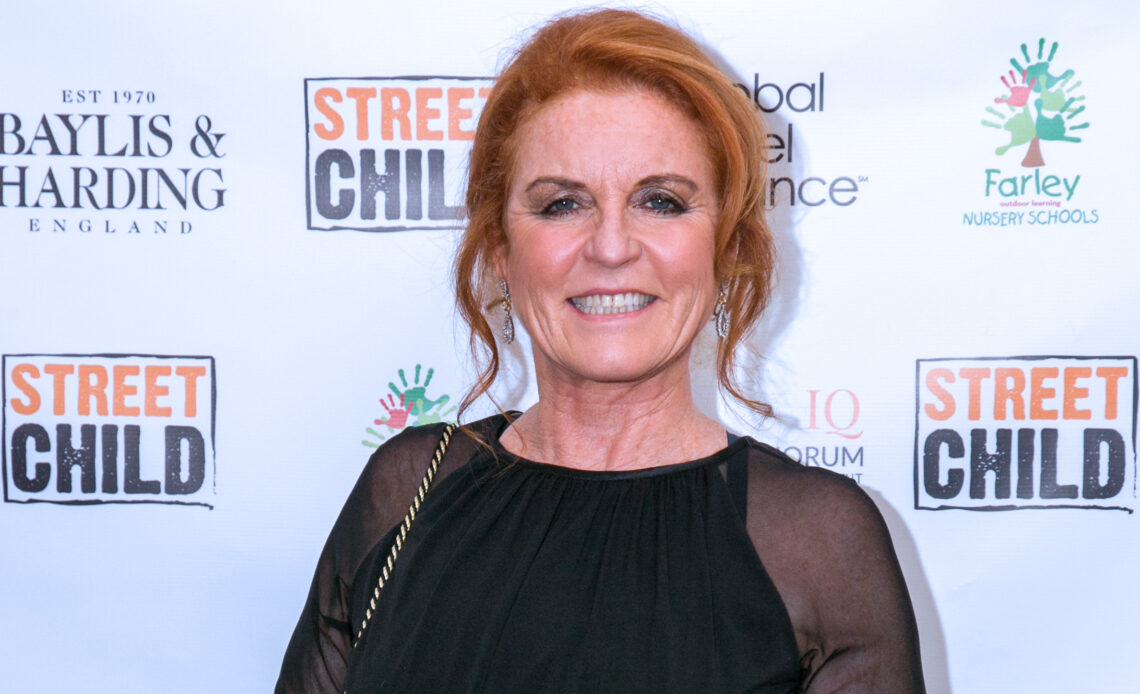 With the news that Prince Harry will write a forthcoming memoir as part of an overall four-book deal, let’s take a look at a few other royal authors and the fiction and non-fiction books they’ve penned.

The Duchess of Sussex

Meghan wrote her first children’s book in 2021, just in time for Father’s Day in the United States. The Bench is inspired by a poem she wrote for her husband after the birth of their son, Archie, in 2019 and the bench that she bought for Harry at their Frogmore Cottage home.

The Bench “touchingly captures the evolving and expanding relationship between father and son and reminds us of the many ways that love can take shape and be expressed in a modern family,” per its official description, and “gives readers a window into shared and enduring moments between a diverse group of fathers and sons—moments of peace and reflection, trust and belief, discovery and learning, and lasting comfort.”

Meghan wrote the foreword to Together: Our Community Cookbook, a cookbook from the women of the Hubb Community Kitchen who banded together after the Grenfell Fire.

The Anjou Trilogy
The Serpent and the Moon: Two Rivals for the Love of a Renaissance King
Crowned in a Far Country: Portraits of Eight Royal Brides
Cupid and the King: Five Royal Paramours
A Cheetah’s Tale

Princess Michael of Kent has authored several books on royalty, including a historical fiction trilogy set in 15th century Anjou. Her royal biographies include those about royal brides who were ‘crowned in a far country’, five courtesans who caught the eyes of kings, and a biography about Diane de Poitiers, Catherine de Medici and their shared love for Henri II.

In A Cheetah’s Tale, Princess Michael shares a look at her teenage years, when she spent time on her father’s farm in Mozambique with a cheetah cub named Tess.

In 1996, Sarah, Duchess of York, published an autobiography about her life as a member of the British Royal Family. It came on the heels of her divorce from her husband Andrew and included details such as how the royals reacted to controversial photographs that were published in the tabloids and her friendship with Diana, Princess of Wales.

Sarah would write a follow-up autobiography in 2012 entitled Finding Sarah: A Duchess’s Journey to Find Herself, which focused more on her post-royal life. She is also the author of children’s books, including a series about Budgie the Little Helicopter, a series of cookbooks for Weight Watchers, and her first romantic fiction published earlier this summer, Her Heart for a Compass.

Queen Rania has authored four children’s books since she became the Queen consort of Jordan. The King’s Gift was published after the death of her father-in-law, King Hussein, to teach children about his legacy, and was provided to public schools in the country.

Sandwich Swap was inspired by the Queen’s childhood and features two schoolgirls who share everything except their taste in food. It’s a tale of diversity that reached the top of the New York Times bestseller list in 2010.

Maha of the Mountains tells the story of a young girl who wants to go to school despite familial and societal pressure otherwise, and Eternal Beauty is about a little girl talking to a sheep as she searches for the most beautiful thing in the world.

Leap of Faith: Memoirs of an Unexpected Life

The former Queen of Jordan published her autobiography in 2005, tracing her life as Lisa Halaby, an Arab-American, through to her romance and marriage to King Hussein, who she married in 1978 and remained with until his death in 1999.

In its blurb, it states: “It is the story of a young American woman who became wife and partner to an Arab monarch. It provides a compelling portrait of the late King Hussein and his lifelong effort to bring peace to his war-torn region and an insider’s view of the growing gulf between the United States and the Arab nations. It is also the refreshingly candid story of a mother coming to terms with the demands the King’s role as a world statesman placed on her family’s private life. But most of all, it is a love story — the intimate account of a woman who lost her heart to a king and to his people.”

Princess Madeleine’s first children’s book, Stella and the Secret was written in support of her mother’s World Childhood Foundation. In an Instagram post announcing the project in 2019, Princess Madeleine wrote: “I’m very excited to finally share with you a book which will hopefully show children how important it is to stand up for themselves and to tell someone when something doesn’t feel right.”

Stella and the Secret is a story of a little girl named Stella who moves to Sweden with her father. When she meets a new friend, Elena, she learns that she has a terrible secret, and she’s been asked not to tell anyone what’s happening to Elena.

Princess Madeleine—who opted not to use her title for the book, instead being credited as Madeleine Bernadotte—said of the book, “Our hope is that the book can help children find their inner strength to stand up for themselves in situations of discomfort and show that those who fall victim to abuse are not alone. We let the main character, Stella, experience both good and bad secrets. Good secrets should always remain secrets, but a bad secret is too heavy for a child to carry on their own.”

In Why Kings and Queens Don’t Wear Crowns, the Norwegian princess writes a fairy tale about her grandfather, King Olav, who wears his crown out and about in Norway while learning about his new country. Olav was born in England as the son of Prince Carl of Denmark and Princess Maud of the United Kingdom; his parents became the monarch and consort of a newly independent Norway in 1905. Olav reigned from 1957 to 1991.

Fairy Tales from the Heart of the Earth: Rodinia is a collection of 50 fairytales from around the world compiled by the Princess and other editors.

Angels’ Secrets was co-written with Elisabeth Nordeng about how the two can speak with angels. They share secrets and exercises for readers to do so that they can also talk to angels. In a follow-up entitled The Spirit Password, readers learn how to reach the spiritual sides of themselves.

Born Sensitive, again written with Elisabeth Nordeng, is more autobiographical in nature and traces the Princess’s childhood and her sensitivities. It teaches those who are emotional how to harness their sensitivities to live their best lives.

Their philosophy book is inspired by their many conversations that “always returned to the question of the sensitive, of what affects us, of borders or of absence, the border between emotions, their logic, their confusion sometimes. It then appeared to them that all our states of mind formed a set of united islands, connected by the magnetic current of desire, which weaves between them invisible chains. It is this archipelago that they set out to draw.”

Archipel des Passions is currently only available in French.

Marie-Chantal wrote her first book, a modern etiquette book for children’s manners, in response to the questions she was asked on her parenting blog and as the designer of a children’s clothing line. Published in 2020, Marie-Chantal’s book promises to cover “children from infants to teens, it is an essential guide for all parents keen to raise polite, well-rounded children, equipped to thrive in society and develop into confident, successful adults.”