Royal Relations: how Elizabeth II is linked to Grand Duke Henri of Luxembourg 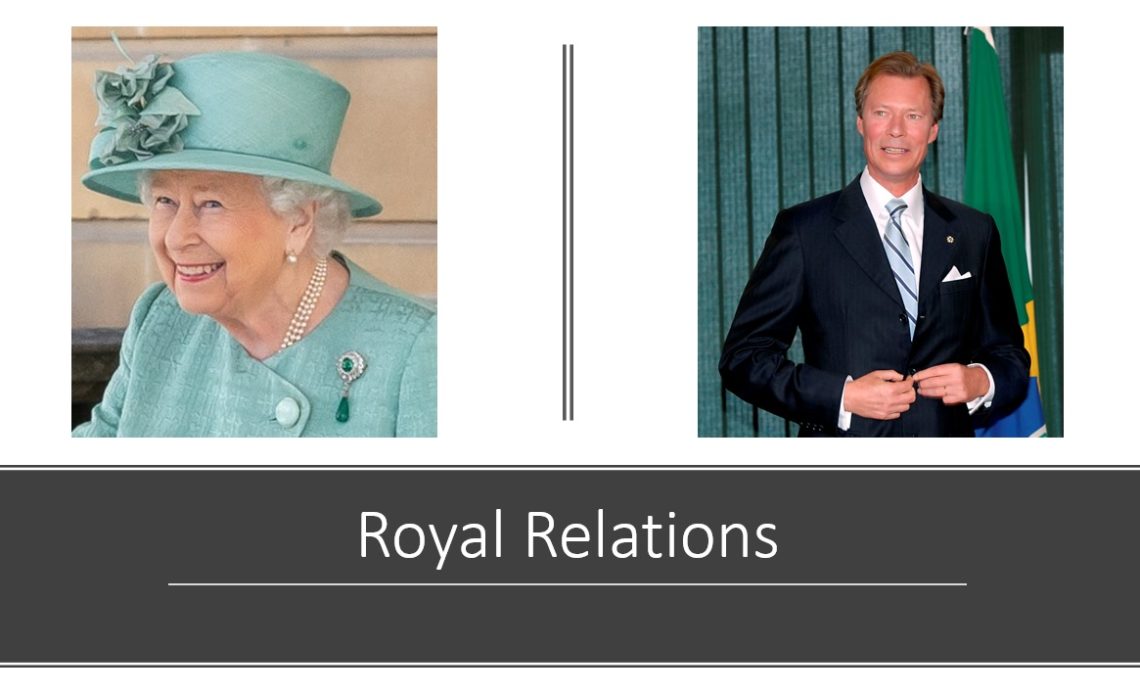 Her Majesty The Queen is related to many of Europe’s sovereigns, not in the least because of Queen Victoria’s matchmaking but also because of another woman, Princess Carolina of Orange-Nassau.

Princess Carolina was born on 28 February 1743 as the daughter of William IV, Prince of Orange and Anne, Princess Royal, the daughter of King George II and Caroline of Ansbach, after whom she would be named on the King’s request. Anne had suffered several miscarriages and stillbirths, and so the relief at the birth of a healthy child was great, even if she was just a girl. In 1748, her only surviving sibling was born, the future William V, Prince of Orange.

On 5 March 1760, Carolina married Charles Christian, Prince of Nassau-Weilburg, and Carolina would go on to be pregnant 16 times. She suffered at least one miscarriage, and only 7 of her children would survive to adulthood. Carolina died suddenly after an illness of just two days on 6 May 1787.

Her most lasting legacy is perhaps that all the eight Kings and Queens of the current reigning dynasties are descended from her, making her truly a grandmother of Europe. Her Majesty The Queen is a descendant of Carolina through her daughter Henriette of Nassau-Weilburg, who married Duke Louis of Württemberg. Their son Alexander married Claudine Rhédey von Kis Rhéde. Their son was Francis of Teck, later Duke of Teck, who married Princess Mary Adelaide of Cambridge. Mary Adelaide was, of course, the mother of Mary of Teck, who married King George V, the current Queen’s grandfather.

The Grand Duchy of Luxembourg had been in personal union with the Netherlands under Kings William I, William II and William III. However, King William III had no surviving male heirs and was succeeded in The Netherlands by his only surviving child, Queen Wilhelmina. The 1783 Nassau Family Pact, however, was applied to the territory of Luxembourg and stated that inheritance was only allowed by or through women upon the extinction of all the male members of the Nassau dynasty. Thus, Luxembourg passed to another branch of the Nassau family – the Nassau-Weilburgs.

Adolphe’s marriage to Princess Adelheid-Marie of Anhalt-Dessau produced two children, including his successor William IV, Grand Duke of Luxembourg. William’s marriage to Marie Anne of Portugal produced six daughters, and after the death his uncle Prince Nikolaus-Wilhelm, William was the only dynastic male. So he declared his eldest daughter his heiress. Marie-Adélaïde succeeded him upon his death in 1912, but her actions during the First World War saw her abdicate in favour of her sister Charlotte. Charlotte’s marriage to Felix of Bourbon-Parma produced six children, including Jean, Grand Duke of Luxembourg (who recently died). Jean had abdicated in favour of his son, Henri in 2000.