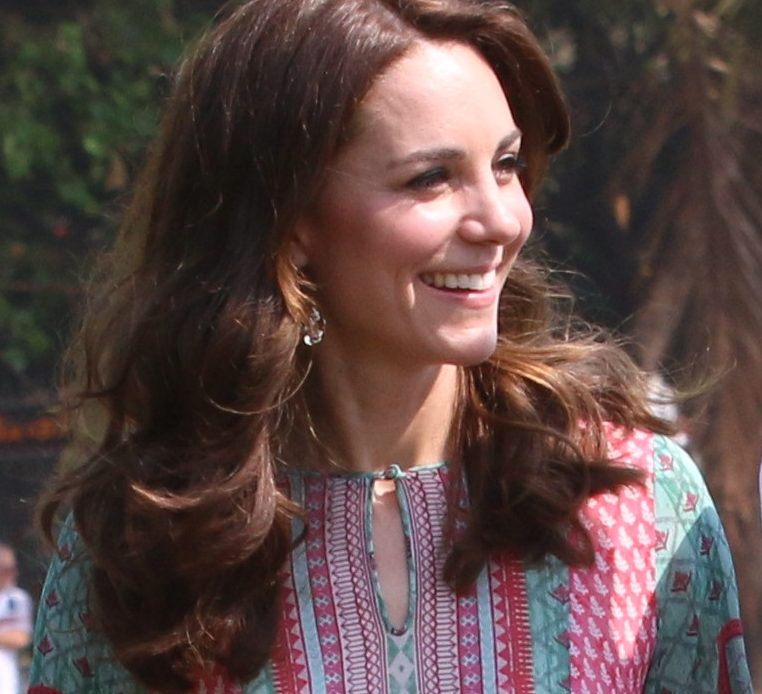 The Duchess of Cambridge has released the third in a series of calls to finalists of the Hold Still exhibition, talking to a West Sussex woman whose grandparents held hands in their final days together on a COVID-19 ward.

Kate’s call with Hayley Evans was released on the royal couple’s YouTube page, and for five minutes, the royal talks with Hayley about her grandparents and their loving relationship throughout 71 years of marriage.

“I wanted to say a huge thank you to you for sending in the wonderful, very moving, photograph of your grandparents,” Kate says. “I’m so sorry for your loss. I’m hugely grateful for you sending in such a personal photograph.”

Hayley’s photo was entitled ‘Forever Holding Hands’ and featured her grandparents, Pat and Ron Wood, holding hands from their hospital beds at Worthington Hospital. In the caption she submitted with the photograph, Hayley wrote, “They spent their final days exactly where they were meant to be and exactly how they had spent the last 71 years… together. Pat passed away in her sleep, lying next to her dear Ron and he followed her five days later. Together, forever holding hands.”

Hayley told Kate that her grandparents had been isolating by themselves when the pandemic started, and that, although they needed help and food deliveries, they were living largely independently. It wasn’t until her grandfather fractured his hip in a fall and needed to go to the hospital that coronavirus entered their lives.

“At some point he picked up COVID,” Hayley said, noting that her mother then went to live with her parents for three weeks, and they all developed coronavirus and her grandparents needed hospitalisation. “After a few days of being in hospital, my nan got the positive result and they were able to put them in the same room.”

Hayley’s photo caption continued, “[My grandparents] appreciated the tiny things and took nothing for granted. The ability to touch when they had so little left was a gift. It was the only way to show their love and devotion. I took this photo with gloved hands looking through a visor. It gives me so much comfort to know, in a world where we have to distance ourselves from each other, that they had everything they ever wanted in the palm of their hands. This was the last time I saw them.”

She told Kate that, “Although obviously it’s a sad photo, it’s also so happy as well. When I look at it I feel really sad, but I also think, I feel really joyful, you know?

Kate agreed, saying that, “I loved your sentence about saying how they appreciate the tiny things, and they took nothing for granted. And it was just the ability to touch each other and hold each other in those last few days.

“I think things like that shouldn’t be taken for granted, particularly, you know, in the last few days of life.”

Hayley then told Kate about how the family had been watching VE Day celebrations on television the night before her grandmother had to be hospitalised, and that she loved The Queen and Kate, and would be “chuffed to bits” to know that their portrait had been selected for Hold Still.

Kate’s phone call with Hayley can be viewed here.