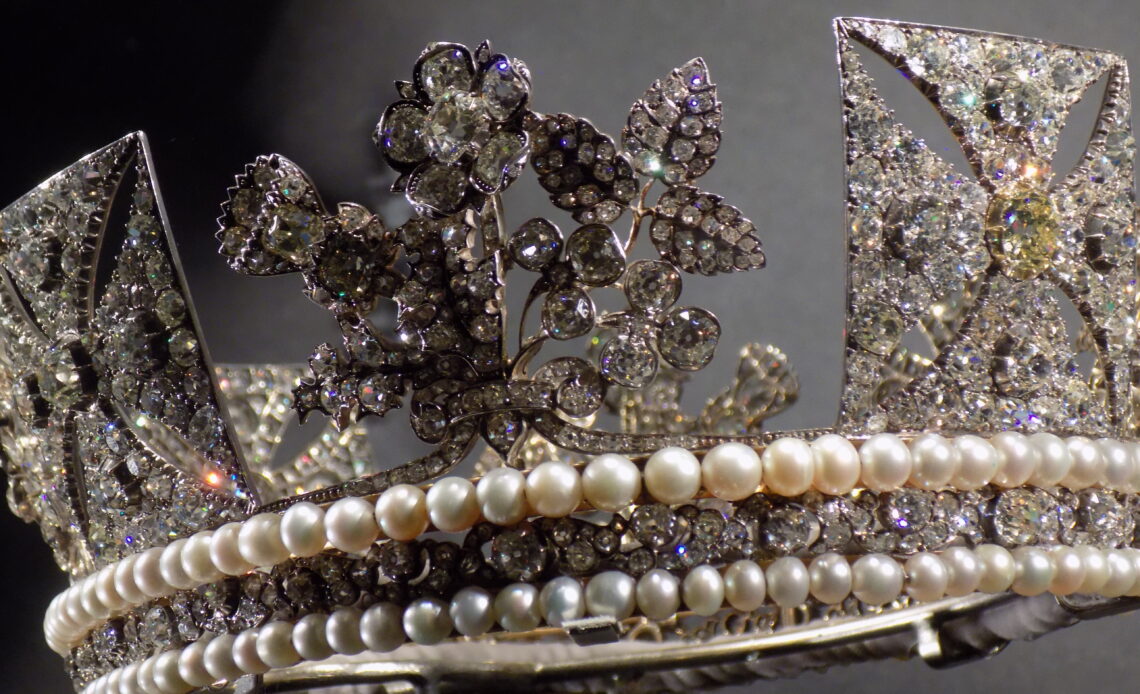 The Royal Collection Trust has held an online talk to offer royal watchers a behind-the-scenes look at The Queen’s impressive jewellery collection.

The RCT is staging three exhibitions this summer to honour the Platinum Jubilee. The Buckingham Palace exhibition, which focuses on The Queen’s Accession, includes the Girls of Great Britain and Ireland tiara, as well as the princess’s coronet that The Queen wore at her parents’ 1937 coronation and the George IV State Diadem.

Many of The Queen’s favourite pieces of jewellery were worn in Dorothy Wilding’s portraits of the young Queen, including the Girls of Great Britain and Ireland tiara and the George IV State Diadem.

Woolton delved into the history of the George IV State Diadem, and highlighted that it the first time that a monarch’s coronet did not feature the fleur-de-lis but rather utilised national flowers. She also remarked that it is “incredibly feminine” to be designed for a male monarch.

When discussing the nature of The Queen’s jewellery collection and the role she has played in choosing pieces, de Guitaut explained that the pieces included in the Windsor Castle and Buckingham Palace Jubilee exhibitions are distinct from the Crown Jewels. The “Crown Jewels are of course kept in the Tower of London, are part of the Regalia, and are worn on very specific occasions” and are a group of “designated jewels”, while these exhibitions are from The Queen’s personal collection.

In addition to the exhibitions at Buckingham Palace and Windsor Castle, a third Platinum Jubilee exhibition is currently open at the Palace of Holyroodhouse in Edinburgh focusing on The Queen’s Silver, Gold, and Diamond Jubilees.