Revealed – The Queen’s special message to the Commonwealth 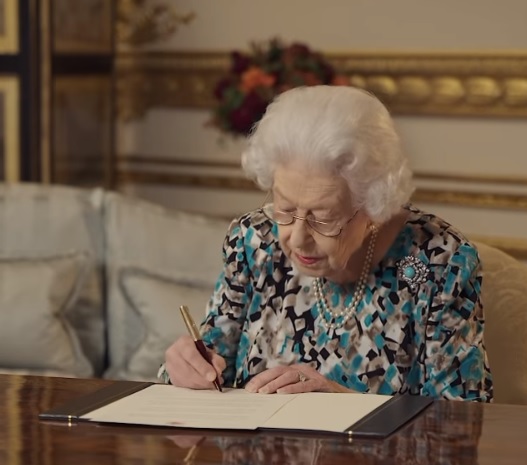 A message to the Commonwealth, written by The Queen almost a year ago, has finally been revealed.

Her Majesty issued her special statement in October 2021 and it was placed in The Queen’s Baton which has been carried around the world since then as part of the build up to the Commonwealth Games.

The words have been taken to 72 nations and territories before they were carried into Birmingham on July 27th as the baton arrived in the host city for the Games.

On July 28th, as he officially opened the Commonwealth Games on behalf of The Queen, the Prince of Wales read out the message.

”On October 7th last year, this specially created Baton left Buckingham Palace to travel across the Commonwealth.  Over the past 294 days, it has carried not only my message to you, but also the shared hopes and dreams of each nation and territory through which it passed, as it made its way to Birmingham.

Over the years, the coming together of so many for the ‘Friendly Games’ has created memorable shared experiences, established long standing relationships, and even created some friendly rivalries!  But above all they remind us of our connection with one another, wherever we may be in the world, as part of the Commonwealth family of nations.

Tonight, in the words of the founder of the Games, we embark once again on a novel adventure here in Birmingham, a pioneering city which has drawn in and embraced so many throughout its history.  It is a city symbolic of the rich diversity and unity of the Commonwealth, and one which now welcomes you all in friendship.

My warmest thanks go to all those who have worked so hard to ensure the success of this particularly special sporting event, and I wish each athlete and team every success.  Your hard work and dedication, particularly in recent times, have been an inspiration to all of us.

It now gives me the greatest pleasure to declare the 22nd Commonwealth Games open.”

The Commonwealth Games runs from July 28th to August 8th 2022 with several members of the Royal Family expected to attend.