Fore! The Earl and Countess of Forfar hit the links on Scottish visit 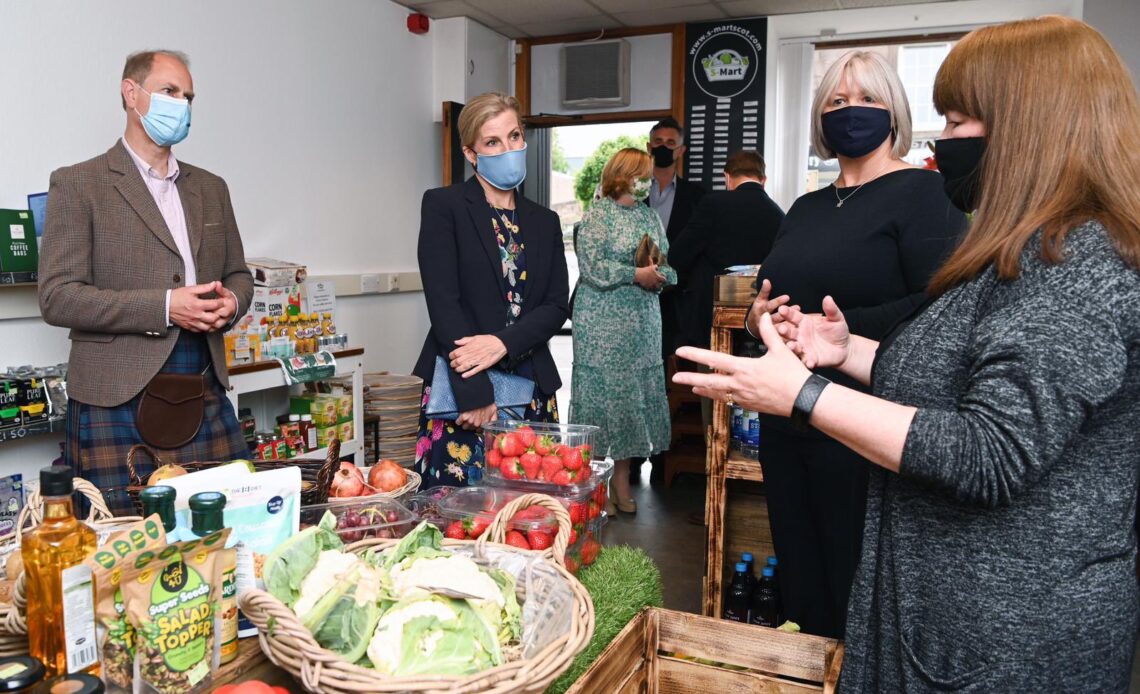 The Royal Family has been out in full force this week in Scotland, with the Earl and Countess of Forfar carrying out engagements in the country.

Edward and Sophie—who were gifted their Scottish titles in 2019 on Edward’s 55th birthday—carried out a series of engagements in Forfar, Angus and Edinburgh, with their first stop at the links at the Forfar Golf Club.

The Forfar Golf Club is marking its 150th anniversary this year, and were “delighted” to have welcomed Edward and Sophie on Monday to visit the Peter McNiven Golf Academy and a tree planting ceremony at the first hole.

Sophie tried her hand at golf, earning praise from the instructors present, and then the royals learned more about the Golf Academy, named in honour of a man who devoted his life to the sport and bringing it to Forfar, and how young people are being encouraged to sign up.

Edward and Sophie then visited Utopia Costumes, which creates props, costumes, and wigs for West End shows, among other theatrical productions; and S-Mart, a grocer in Angus that works to eliminate food waste by serving the surplus/overstocked items from larger grocery chains and food suppliers. The grocers have provided over 35,000 meals to locals throughout the pandemic.

Afterwards, the royals visited The Cross, which is part of Voluntary Action Angus to hear how the voluntary sector played an important role locally throughout the global health crisis.

The royals were also due to visit textile producers Don and Low, which, among other items, has been a major producer of personal protective equipment throughout the pandemic, but the visit had to be cancelled due to a coronavirus outbreak.

Pat Sawers, Angus’s Lord Lieutenant, told reporters: “It is a real honour to welcome the Earl and Countess of Forfar back to the town today. They have been so supportive of organisations they met on their first visit and I am thrilled with the way the day has gone.”

On Tuesday, Edward and Sophie carried out engagements in Edinburgh, visiting the newly-opened St James Quarter, a retail and leisure district that aims to transform the economy of Edinburgh’s east end.

Martin Perry, the Quarter’s development director, told local reporters: “We believe in Edinburgh, and we are excited to help lead the way as part of the city’s wider economic recovery. Throughout this pandemic we have never questioned our investment in not only the St James Quarter but the city itself. We’re here to stay and we’re here to help.

“Everyone involved has worked incredibly hard over the last five years to bring the St James Quarter vision to life and to deliver a world-class destination within the heart of the capital city – and a visit from the Royal Household was a great way to top off the phase one opening celebrations.”

The Queen granted her youngest son the title of Earl of Forfar on his 55th birthday in 2019. He and Sophie now hold the title for the county town of Angus, Scotland, and is the nearest to Glamis Castle, where Queen Elizabeth The Queen Mother grew up.

This is the second visit for Edward and Sophie to their Scottish town; they first visited in July 2019.