The Princess Royal and MND Scotland 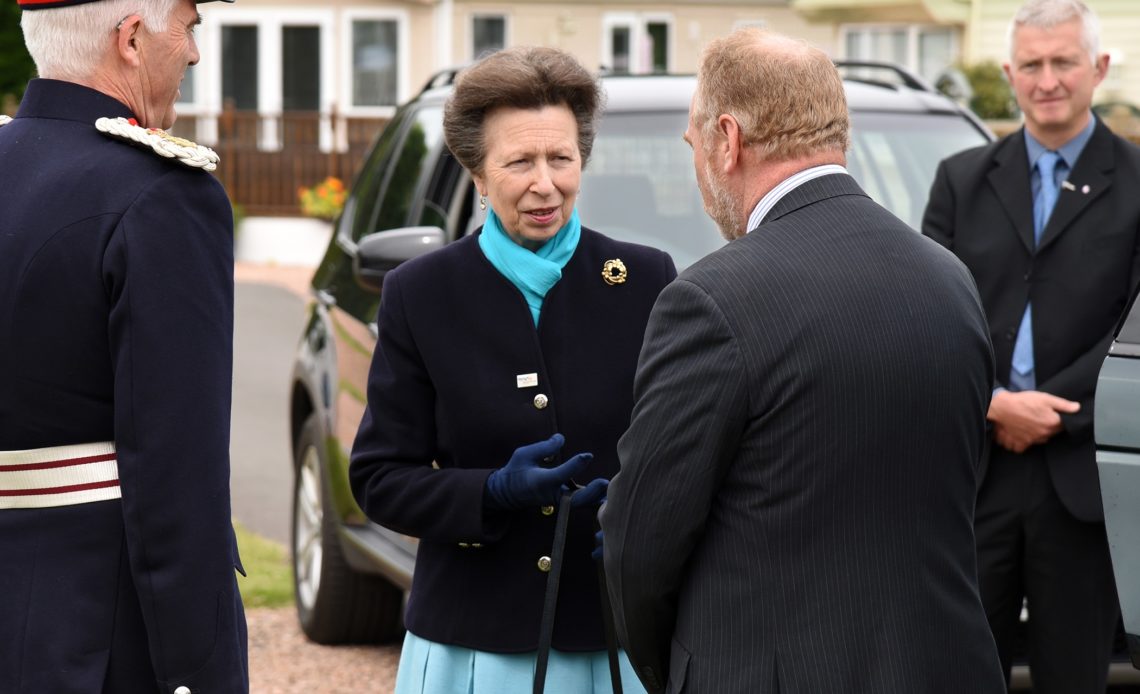 As an ALS/MND advocate, I wanted to highlight the Princess Royal’s work with Motor Neuron Disease (MND) Scotland in the United Kingdom as it is a cause extremely close to my heart; MND is the British term for ALS (amyotrophic lateral sclerosis) or Lou Gehrig’s disease.

The Princess Royal is the royal patron of the MND Scotland organisation which provides “care and support to people affected by Motor Neurone Disease, as well as funding vital research into finding a cure,” according to their website.

Princess Anne has been the royal patron since 1991 – the year of the organisation’s 10th anniversary – when additional research projects were launched in celebration of their 10 years.

The MND Scotland Association’s Niamh Callan explained what it means that the Princess Royal is their royal patron and what she’s done to help the organisation, “HRH The Princess Royal has helped MND Scotland gain more profile and helped raise much-needed awareness of Motor Neurone Disease over the years. We are all very grateful for her continued support of the charity and commitment to the cause.”

Callan was asked how many events Her Royal Highness attends each year and about the impact it has, and she explained, “We usually ask HRH to attend one engagement event a year to meet people affected by the disease. The media exposure generated through HRH visits to Scotland have helped spread the word to a much wider audience and helped the general public understand more about the disease. The attendance of HRH at our events also attracts key influencers and decision-makers, which gives MND Scotland an opportunity to lobby to improve the lives of those affected.”

Here’s what you need to know about MND to understand what the disease is and how it operates:

“MND is the name given to a group of similar illnesses. These illnesses all cause damage to the nerves called motor neurones. Motor neurones are the nerves which carry the messages from our brain to our muscles. Without these messages, the muscles stop working.

“It is a rapidly progressing terminal illness, which stops signals from the brain reaching the muscles. Every case of MND takes its own course, but the disease may cause someone to lose the ability to walk, talk, eat, drink or breathe unaided. As part of the condition, some people may also experience changes which affect their behaviour and ability to think and plan. Because MND affects everyone differently, it makes it very difficult to diagnose and to find treatments. That’s why MND continues to fund vital research across the UK, to find out more about the disease and ultimately to find a cure.”

According to the MND Association, there’s a risk that one in 300 will develop MND. The MND Association explains on their website, “With MND, messages from the motor neurones gradually stop reaching the muscles. This leads the muscles to weaken, stiffen and waste. MND can affect how you walk, talk, eat, drink and breathe. Some people also experience changes to their thinking and behaviour. However, MND affects everyone differently. Not all symptoms will affect everyone, or in the same order. Symptoms also progress at varying speeds, which makes the course of the disease difficult to predict.”

There is no cure for this horrid disease.

So, how can you help MND Scotland and where can you donate time or money?

“Your donations help us support people affected by MND in Scotland, and fund vital research across the UK which is taking us a step closer to finding a cure. You can make a one-off donation or a regular monthly, quarterly, half-annual or annual donation by visiting www.mndscotland.org.uk/donate. You can also text donate £5, by texting CUREMND to 70660.”

Anne is not the only royal who has dedicated time to helping in the fight against MND/ALS. Queen Máxima of the Netherlands, when she was still Princess Máxima, participated the Amsterdam City Swim to benefit ALS in September 2012. The event raised money for those who have been suffering from motor neurone diseases. The then Princess Máxima swam the 2km course in the canals of Amsterdam in just under an hour.

You can read about all the royals who either directly or indirectly work with ALS/MND here.

Many thanks to MND Scotland for their help with this article.