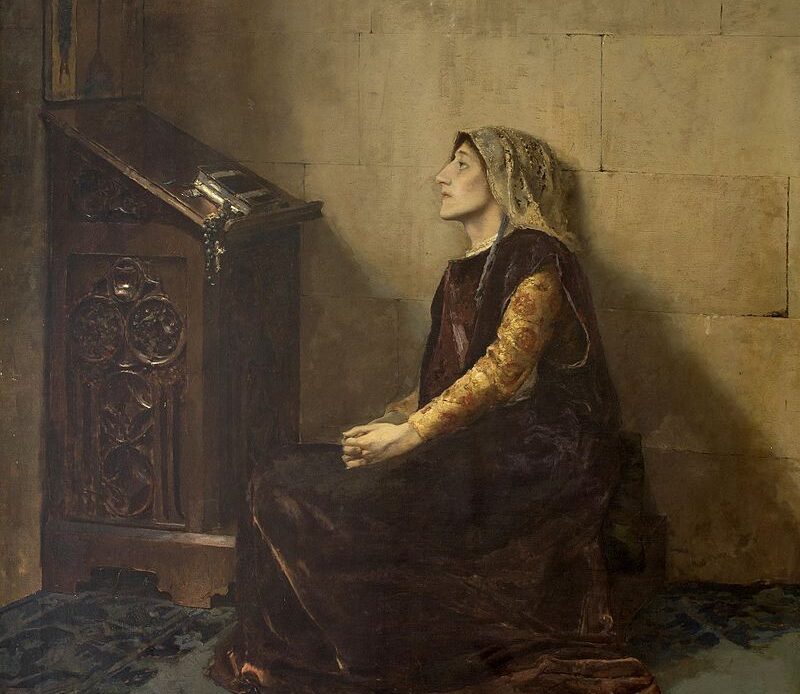 Queen Blanche II was born on 9 June 1424 as the daughter of John II of Aragon, King of Navarre, and his wife, Queen Blanche I of Navarre. Blanche grew up in the Palace of the Kings of Navarre of Olite with her family.

In 1427, Blanche, her brother Charles, and her sister Eleanor were proclaimed the rightful heirs of the Kingdom of Navarre. Blanche was promised to the heir of Castile in the peace treaty between Navarre and Castile in 1436. She married Henry IV of Castile in 1440 and then became the Princess of Asturias by marriage.

After the death of her brother in 1461, the people of Navarre proclaimed Blanche as queen. She would have, thus, become Blanche II of Navarre, had her father not had her incarcerated and unable to act.

Blanche’s father next tried to marry her to Charles, Duke of Berry, but the offer was refused. Bishop Nicolas de Etchabarri tried to help Blanche claim her title as Queen of Navarre, but he was murdered shortly after.

In 1464, Queen Blanche II was poisoned in the French city of Orthez and died shortly after. Both her father and her sister, Eleanor, have been accused of being responsible for her death. Upon her demise, her rights to Navarre were inherited by her sister, Eleanor of Aragon, Countess of Foix.

The Kingdom of Navarre, formerly the Kingdom of Pamplona, was a Basque kingdom that occupied lands on either side of the western Pyrenees in present-day Spain and France. The medieval state took its form around the city of Pamplona during the first centuries of the Iberian Reconquista. A series of partitions and dynastic changes led to a diminution of its territory and periods of rule by the kings of Aragon and France.