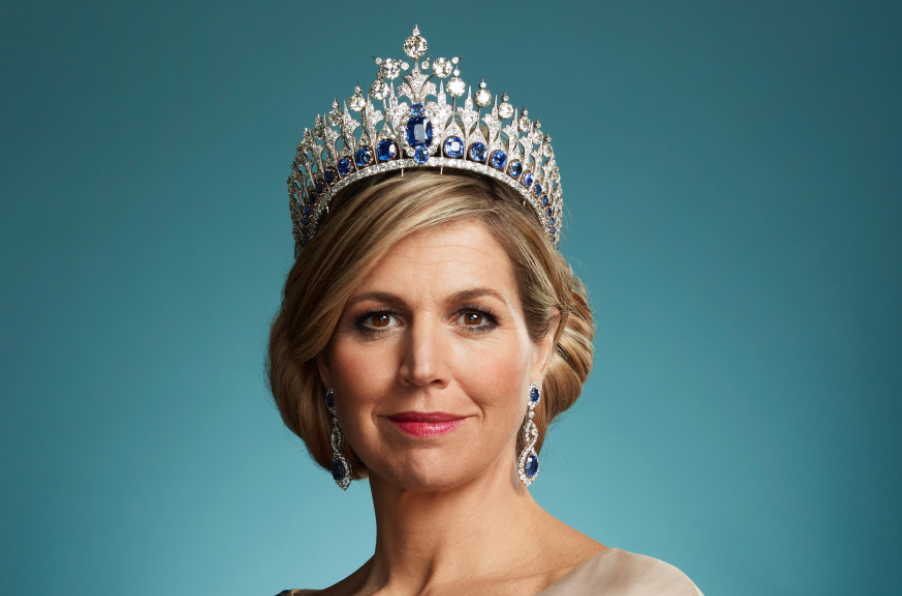 This is one of the smaller, but no less opulent tiaras in the Dutch Royal Family’s collection. Created from a sapphire necklace; and previously-owned jewellery within their collection, the pieces date back to the time of Queen Emma (who owned a sapphire and diamond choker that became a part of the eventual tiara) and Queen Wilhelmina (who received the rest of the tiara elements, sapphires taken from another sapphire and diamond necklace, as a wedding present in 1901). The Dutch Sapphire Necklace Tiara has five large lozenge-shaped sapphires at the peaks of the frame; its base is fashioned of sapphires and diamonds.

The first time the Dutch Sapphire Necklace Tiara was worn as a complete tiara was in 2009, by Princess Margriet during a State Visit from Chile. Since then, Queen Máxima, Princess Beatrix and Princess Mabel have all worn the tiara, as well.

One of the largest tiaras in the Dutch Royal Family’s collection, the Dutch Sapphire Parure Tiara dates back to King Willem III in 1881, when he commissioned the piece from Maison van der Stichel for his wife, Queen Emma.

The Dutch Sapphire Parure Tiara is worn exclusively by Dutch queens; perhaps most notably by Queen Máxima on her husband’s inauguration day in 2013.